A short history of the living wage in the UK 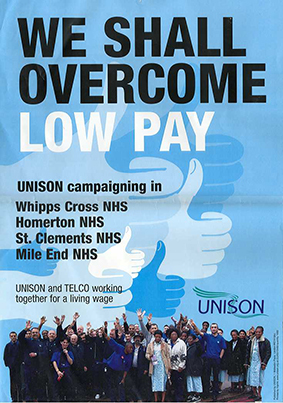 The notion of a living wage first emerged in the industrial heartlands of Britain during the 1870s. As Sidney and Beatrice Webb (1911 [1897]) argued, the early trade unions started to challenge the ‘doctrine of supply and demand’ with the ‘doctrine of a living wage. Workers began to demand the wages that would allow them to buy the food, shelter and clothing needed for themselves and their families to live. Rather than accepting that wages would be set by the vagaries of the market - the laws of supply and demand - workers were agitating for minimum standards that would allow them the means to survive.

The first full-length treatise in defence of a living wage was written in 1894 by Mark Oldroyd when he was Liberal MP for Dewsbury, Yorkshire. Oldroyd had a textile factory employing 2500 people in the town and when he was invited to give a lecture to the Dewsbury Pioneers Industrial Society (later the Dewsbury Co-operative Society) in December 1894, he chose the topic of the living wage. More than a hundred years ago, a liberal industrialist - who was also a passionate non-conformist Christian - declared: ‘A living wage must be sufficient to maintain the worker in the highest state of industrial efficiency, with decent surroundings and sufficient leisure’ (Oldroyd, 1894). 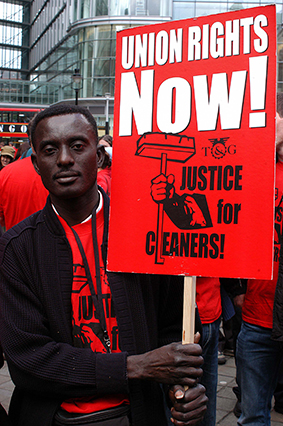 Oldroyd argued that the living wage should provide the basic subsistence needed by a worker and his family (and as would be expected, the language and arguments reflect the gender norms of the time); it should provide ‘reasonable time for recreation and rest’ as well as ‘reasonable home comforts’; and be sufficient to allow him to ‘discharge … the duties of citizenship’. The living wage was to be paid for by increased efficiency; greater consumption, which would help fuel demand; and in some cases by falling profits and/or rising prices. But Oldroyd’s argument was ethical as well as economic: the living wage was seen as a way to recognise the ‘moral worth’ of labour itself. Workers were to be afforded the dignity of providing for themselves by dint of their work.

At this time, many in the growing labour movement were particularly exercised by the effects of sweating, whereby workers were exploited beyond their capacity to recuperate. Even after long hours of arduous work they were paid less than they needed to reproduce themselves and their families. In response, political activists and social reformers began to advocate minimum standards for education, sanitation, leisure and wages, including a ‘National Minimum’ wage. These arguments prompted the government to pass the Trade Boards Act of 1909, setting new standards in a number of low-waged industries including chain making and lace finishing, which involved many women working at home, as well as wholesale tailoring and paper-box making, where margins were low and sweating was common. In what were to become the Wages Councils after the Second World War, these boards involved employers, worker representatives and independent assessors in setting minimum standards for wages, hours and conditions of work. 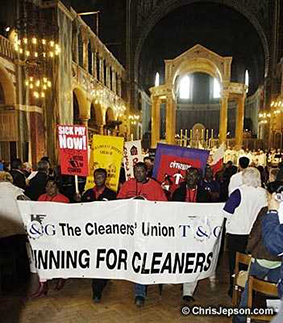 At the same time, social reformers sought to calculate the living wage. In the early years of the twentieth century, another industrialist, Benjamin Seebohm Rowntree, son of Joseph Rowntree, Quaker, philanthropist and chocolate manufacturer, developed the tool kit for calculating the living wage, or what he called ‘the human costs of labour’. Rowntree did meticulous research in York to price the food, rent, clothing, fuel and miscellaneous items needed by a man with three children. He then advocated the extension of Trade Boards to cover each industry; these would fix wages around the new standard (35 shillings and 3 pence a week at 1914 prices for all adult men), while overseeing the industrial reforms needed to increase productivity and cover the cost. Rowntree argued that the nation depended on a living wage to ensure its workers were fit and healthy enough to work and take part in the wider community (Seebohm Rowntree, 1918).

The demand for a living wage was then taken up as official policy by the Independent Labour Party from 1925. A living wage bill was proposed in the House of Commons in February 1931 by James Maxton MP. In his speech Maxton located the policy within the context of the curse of under-consumption. At a time of economic crisis and high unemployment, and in the wake of the general strike, Maxton and his ILP colleagues sought to focus on the politics of consumption as well as production. A living wage, they argued, would allow the population to consume ‘the essential things of life … food, better housing accommodation, better furnishing, equipment inside their home, better illumination of those homes, and better sanitation’ (see Maxton, 1931). This, in turn, would stimulate growth, jobs and prosperity for the nation at large: putting money into the pockets of poor people was argued to be a way out of decline. In the event, although 124 Labour Party MPs voted in support of the Bill, it failed to win sufficient support, and the notion of a living wage was not to resurface as a political demand in Britain until the recent call and campaign led by London Citizens since 2001. 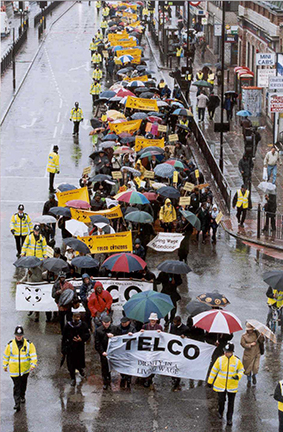 With hindsight, it can be seen that the growing welfare state gradually eclipsed the demand for a living wage. The provision of education, health, housing and pensions – together with the growth of collective bargaining and the operation of Wages Councils – undermined the demand for a living wage. During the twentieth century, the state tended to lay down minimum standards for pay – that have generally been less than subsistence standards – and then provided a ‘top up’ depending on need and political pressure. However, by the 1970s, poverty was becoming increasingly significant. In particular, those workers who had not collectivised their wage setting and were left to the Wages Councils had experienced a relative decline in their levels of pay. Wages Councils still covered as many 3.5 million workers by the late 1970s and most had minimum standards little better than benefit levels.

Since the 1970s, and in tandem with other western economies, there has been a very significant growth in levels of in-work poverty in the UK. The law concerning the application of fair wages in contracting was abolished in 1983 and the Wages Councils were abolished in 1993. In addition, public bodies were encouraged to out-source their low waged employment to reduce costs, particularly in the NHS and Local Government.

When they took office in 1997, the New Labour Government recognized the need to tackle low pay. The 1998 National Minimum Wage Act provided for the establishment of a Low Pay Commission that now sets Britain’s first ever National Minimum Wage (NMW). The first rate, set in April 1999, was £3.60 an hour for adults aged over 22, covering as many as 1.2 million adults, who had an average pay rise of 10%. There is evidence that the NMW has reversed half the increase in inequality of the Thatcher era without any detrimental impact on employment, with some evidence for greater productivity, some reductions in hours, some price increases and some falls in profits (see Metcalf, 2007, 3). Compliance appears to have been remarkably high. 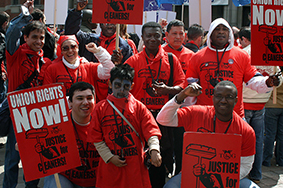 But while the NMW has clearly had a very positive impact on the incidence of low pay and income inequality in the UK since 1999, it has not been set at a high enough rate to stem the rising tide of in-work poverty. Recent data for the UK indicate that rates remain stubbornly high and at least half of all children in poverty live in households were at least one adult works (see Tripney et al, 2009). The New Labour Government sought to tackle this issue through the introduction of means-tested in-work benefits determined on the basis of household income and circumstances. This included the provision of Housing Benefit, Council Tax Benefit, Working Tax Credit and Child Tax Credit but this redistributive policy has done little to prevent the underlying growth of in-work poverty that now affects millions of households in the UK (see MacInnes et al, 2010). In 2008/9, some 13.5 million people (22% of the total population) were living in households with less than 60% median net income after housing costs. By April 2011, as many as 3.3 million households were in receipt of tax credits over and above the family element of Child Tax Credit, representing 17% of all households in the UK (see the data available at poverty.org.uk).

In response to this situation, the broad-based coalition London Citizens launched a living wage campaign in 2001. In doing so, the organisation was able to draw upon direct experience from the United States of America. Their sister community alliance in Baltimore, called Baltimoreans United in Leadership Development (BUILD) had secured the first living wage ordinance in 1994. Increasingly concerned about the growth of working poverty amongst their member organisations and the impact of low pay on the wider community, BUILD proposed the idea of a living wage in order to set a new floor for wages paid via Government funding in the city. Once they mobilised successfully, the demand spread across other cities and counties, and some 120 cities and counties now have living wage ordinances in the US (Luce, 2004). 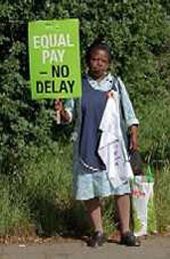 London Citizens – a broad based alliance of faith organisations, schools, trade union branches and community groups – launched the call for a living wage in April 2001. They made an argument that low pay had costs for the whole community, impacting on health, educational achievement and parenting, family life and civility. Since that call, the campaign has spread from hospitals, to the finance houses of Canary Wharf and the City, to Universities, local government and retail. The campaign also secured agreements that all the new jobs at the Olympic site were to be living wage, making sure that the benefits of the massive investment reached at least some of London’s working poor.