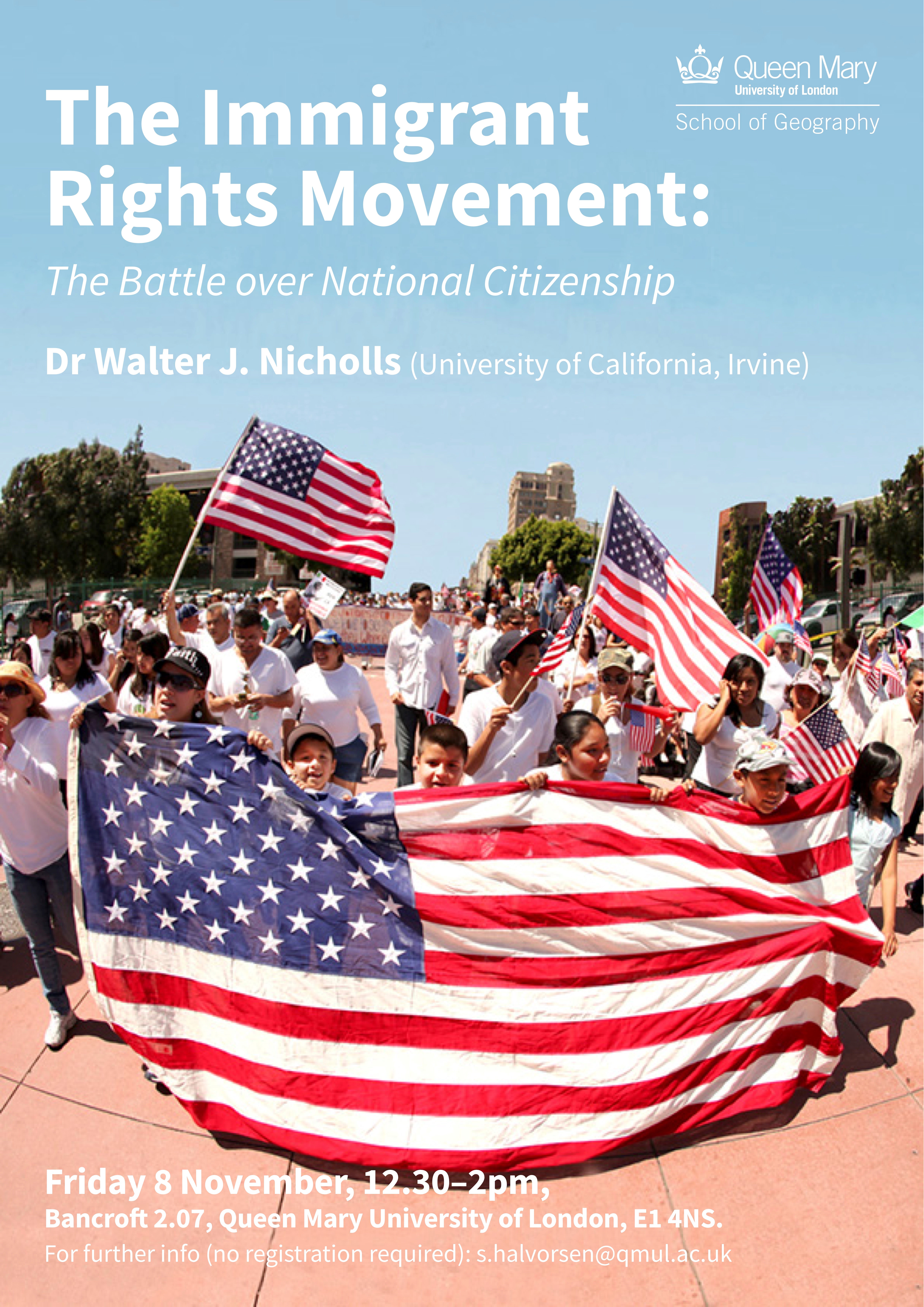 Walter J. Nicholls is Associate Professor of Urban Planning and Public Policy at the University of California, Irvine. He is the author of The Immigrant Rights Movement (2019), The DREAMers (2013) and Cities and Social Movements (with Justus Uitermark) (2016). He also co-edited Spaces of Contention (2013) with Byron Miller and Justin Beaumont)

Seminar abstract: This talk examines the transformation of the US immigrant rights movement from small, local and radical battles in the 1990s to a massive, national and mildly liberal social movement in the 2010s. In the 1990s, activists in localities throughout the United States began mobilizing against municipal and federal restrictions on immigrants. These mobilizations were made up of motley alliances of immigrants, religious organizations, nonprofits, unions, and legal advocates, among others. Many early leaders organized undocumented immigrant workers into new radical collectives. These early activists argued that immigrants had fundamental human rights that needed to be recognized in spite of irregular legal status, lack of national culture, and poverty. Rights, they argued, transcended the borders of the nation state   By the late 2000s, the small and scattered local battles consolidated into a national social movement that targeted the federal government and sought comprehensive immigration reform. The presentation highlights three important consequences resulting from the shift in geographic and political scale. First, the move to the national political arena required enormous financial and organizational resources. This favored highly professional and well-endowed organizations, most of which were located in Washington D.C. The prominence of these organizations contributed to important inequalities between professional and grassroots organizations, effectively removing the movement’s leadership from working class immigrant communities. Second, national organizations placed great value on maintaining political access to the White House and Congress. This form of political dependency made them reluctant to criticize the Obama administration for its aggressive deportation policies. Third, national organizations developed discursive frames designed to move the “hearts and minds” of average, middle of the road Americans. Rather than argue that immigrants had fundamental and inalienable rights, they argued that immigrants deserved membership because they conformed to national culture and were economic contributors. Taken together, the consequences of moving to the national scale resulted in a movement geared to the reproduction of the nation state rather than its transgression.

For more information and to register your place, please email Sam Halvorsen.