Queen Mary School of Geography welcomes Professor Trevor Barnes from the University of British Columbia as its Distinguished School Visitor for 2014. The first in a series of events to mark his visit will be a free lecture that examines the relationship between the German Geographers Karl and Albrecht Haushofer (pictured), a father and son, and the Nazi leadership. 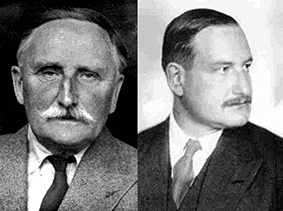 Both men were, at times, influential within Nazi high command despite the surprising fact that Karl Haushofer’s wife, and Albrecht’s mother, was Jewish.

Karl Haushofer met Hitler through his friend Rudolf Hess, a fellow undergraduate student with whom he studied geography at the University of Munich.  Indeed, for a six-month period in the mid-1920s, Karl gave jail-house instruction in geopolitics to both Hitler and Hess while they served prison terms for their roles in the Munich “beer-hall putsch”. It was during that period that Hitler wrote Mein Kampf, in which he included some of Karl Haushofer’s geopolitical ideas.

In the 1930s his son, Albrecht, became a diplomat working for von Ribbentrop in a think-tank within the Nazi Foreign Ministry where he carried out several secret missions on their behalf. However, with the onset of war and with Hess defecting to the UK in 1941, the Haushofers lost an important ally and circumstances became more difficult for the family. 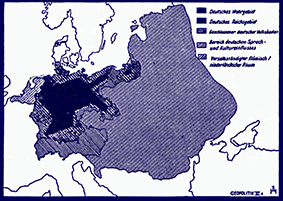 The lecture traces their decline and fall to its tragic end, and Karl Haushofer’s final wish that they be “forgotten and forgotten.”

Professor Miles Ogborn, Head of the School of Geography, said the lecture would be of particular interest to those studying the history of geography as well as those with an interest in geopolitics and the Second World War. “What’s really interesting about the story of the Haushofers is the insight it gives us into the way their geographical knowledge was used to inform the development of an expansionist regime, but that their involvement with the Nazi leadership brought tragedy to themselves as well as others,” he said.