Temporary Foreign Workers and Their Children: (Neo)Liberal Compromises and the Violence of Inclusion 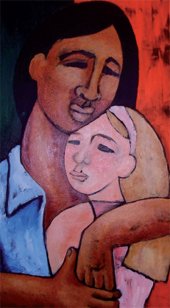 In 2005 the Global Commission on International Migration determined that, worldwide, the old paradigm of permanent migration and settlement has given way to temporary and circular migration.  It recommended that states in the global south learn from the Philippines; as the world’s largest exporter of labour it has “a wealth of experience” supplying temporary workers to global labour markets. At the other end of the process in the global north, liberal political theorists pondering the ethics of temporary labour migration cite Canada’s Live-in Caregiver Program, which brings mostly women to Canada to work as live-in domestic workers, as an exemplary temporary worker program that lies within acceptable limits of liberal-democratic principles of inclusion. My work with the Philippine Women Centre of BC sits at the intersection of these two state policies in the Philippines and Canada.  We assess the paradigm shift to temporary migration through close ethnographic engagement with Filipino families who have been separated by and then reunited after temporary labour migration through the Live-in Caregiver Program.  We work against the geographies that mask both workers’ experiences and the effects of temporary migration, to reveal the long term impacts of temporary migration, in particular within the lives of Filipino youth.  There is nothing temporary about temporary labour migration as it reaches into the next generation, deskilling Filipino youth and systematically structuring the economic and social marginalization of a large portion of a racialised community in Canada.

Geraldine Pratt is Professor of Geography at the University of British Columbia.  She has research interests in gender and labour markets, and artistic practice as a mode of geographical theorising and research dissemination. She has collaborated with the Philippine Women Centre of BC for the last 17 years, researching various aspects of Canada's temporary foreign domestic worker program, including the marginalisation of immigrant Filipino youth. She is author of Working Feminism (2004) and Families Apart: migrant mothers and the conflicts of labor and love (2012), coauthor of Gender, Work and Space (1995), and co-editor of The Global and the Intimate (2012), and the 4th and 5th editions of the Dictionary of Human Geography.  She co-wrote Nanay, a testimonial play, which was staged in Vancouver and Berlin in 2009. She is currently coauthoring a book on the City and Film.

The vodcast/podcast of the Lecture is available at the following links.