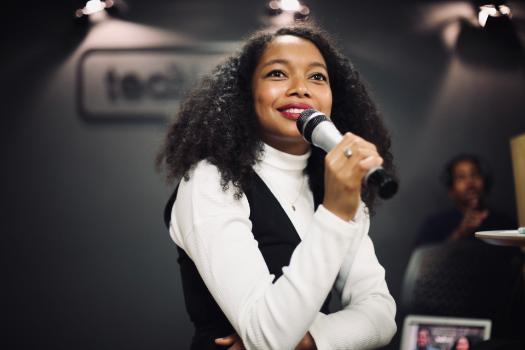 Abadesi was recently included in the Financial Times list of Top 100 Influential Leaders in Tech and Tech Nation’s 50 most prominent and influential voices in Tech. She graduated from the London School of Economics in 2009 and wrote for the Financial Times before joining London's tech scene. Prior to her current roles she worked at Product Hunt, Elpha, Amazon, HotelTonight and Groupon, where she was promoted after her first 8 months and helped scale her department 5X leading up to their record-breaking IPO. In 2016, she published her careers advice book, Dream Big Hustle Hard: A Millennial Woman's Guide to Success in Tech which is rated 5 stars on Amazon. She has been featured in Elle, Stylist, BBC, Forbes, The Times and The Independent.

Her talk about Future Directions and Priorities for Women in STEMM will take place on 26th March 2021 at 12:00pm GMT.