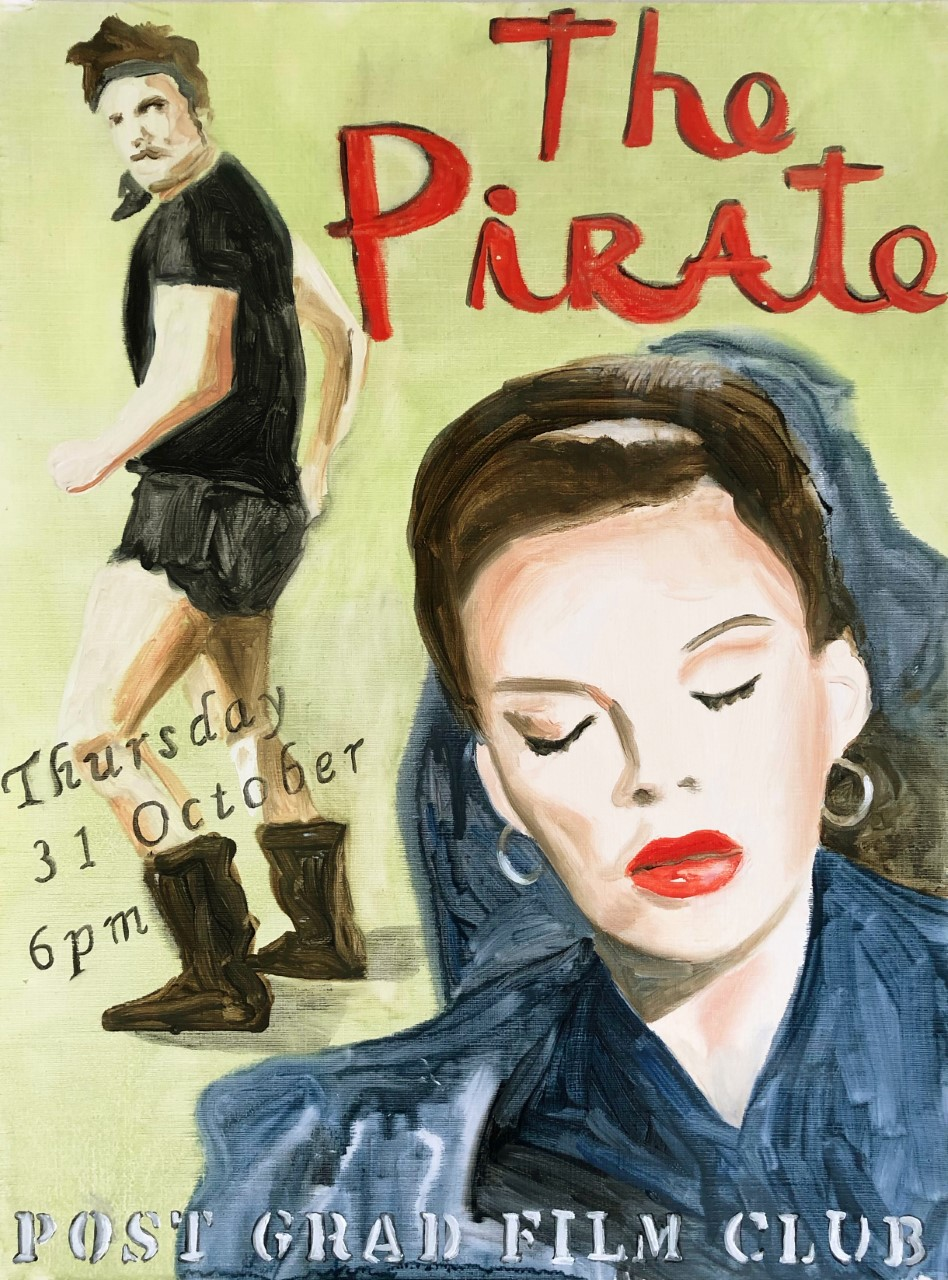 We're delighted to announce the return of the Postgrad Film Club. We've moved to a monthly slot in the lovely Hitchcock Cinema in ArtsOne. The films start at 6PM and our dates for this term are:

We're happy to announce that our theme this year is desert island films (aka the one film you'd like to be marooned on a dessert island with and watch over and over again).

Thrillingly, our posters this term will be designed by artist and current films studies PhD student Cathy Lomax. Scroll down to see her BEAUTIFUL poster for the first film club  (which is, very fittingly, THE PIRATE, the best film you've never seen, starring Gene Kelly and Judy Garland).

All postgrads are welcome and there will be refreshments (alcoholic and non) available. The film club is an informal space and nothing is required of you other than rolling up and enjoying a great film. However, if you'd like to get involved and introduce the film that you'd like to take to a desert island please do get in touch with either myself a.pember@qmul.ac.uk or Tim Lindemann t.lindemann@qmul.ac.uk. The intro can be as brief as you like.

Looking forward to meeting you at the next film club,