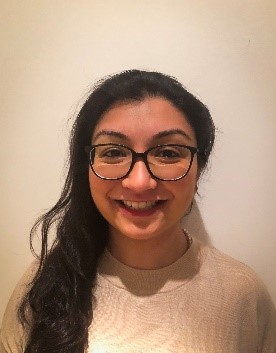 Preeti graduated from Glasgow University with a BDS with commendation and worked in the North East of Scotland during her vocational training. Subsequently she began her career in hospital dentistry, with senior house officer jobs in Oral and Maxillofacial surgery in the West of Scotland, followed by a post in Glasgow Dental Hospital. During this time she completed her MFDS at the Royal College of Physicians and Surgeons of Glasgow and started her research career in her primary interest, cleft lip and palate care.

After being accepted for a specialist training post in London, she began her career at QMUL, working as an orthodontic registrar and studying for her Masters in Clinical Dentistry, Orthodontics. During her training, she was based at the Royal London Dental and Northwick Park hospitals. After completing her masters project in Sleep Apnoea, she completed further research in cleft before gaining her M.Orth examination. As recognition of her success in training she was awarded the Team Leader award by the department.

Following her specialist training, she went on to complete a further two years of training at the Royal London and Great Ormond Street Hospitals. This role allowed her to pursue her research interests in cleft lip and palate and craniofacial abnormalities.  After succeeding in her ISFE examination, she became a Fellow in Orthodontics of the Royal College of Physicians and Surgeons of Glasgow and was appointed as a Senior Clinical Lecturer / Honorary Consultant in Orthodontics at QMUL.

In her current role Preeti is undertaking a degree in genomic medicine, with the hope of using this knowledge to further her research into in cleft lip and palate and craniofacial abnormalities.

During her training Preeti took an active interest in teaching undergraduates in the form of tutorials to small groups and lectures on a larger scale and examining for the BDS course. After gaining her Certificate of Learning and Teaching from QMUL, Preeti has developed her skills to facilitate her current role as Undergraduate Orthodontic Lead.

Preeti also teaches our post-graduate students on their D.Clin Dent course, delivering lectures, tutorials and supervising them on their clinical sessions.

From early on in her career Preeti has nurtured a research interest in cleft and craniofacial abnormalities. Her research interests have developed from examining current national treatment protocols and their success to improving the patient experience through better communication. She has presented both oral and poster presentations at the Cleft & Craniofacial Conference throughout her training.