The Tigray War: The EU’s Response to the world’s worst food crisis

As the first anniversary of Ethiopia’s ongoing civil war approaches this week, it is worth reflecting on the European Union’s response. In November 2020, the European Parliament made its opposition to the conflict unequivocally clear through a series of strong resolutions: violence and human rights abuses were deplored; all parties were urged to enter peaceful dialogue; the EU was called upon to use “all necessary diplomatic means” to end the war. After such powerful rhetoric, the results are disappointing. The war wages on worse than ever, and the Union’s actions look ineffective. EU policy, although well-intentioned, has so far failed to alleviate the growing humanitarian crisis. The principal reasons for this are discussed below by James Thompson and suggestions offered as to the best future policy.

James Thompson is an MA student in the Queen Mary School of Politics and International Relations, based at the University of London Institute in Paris. His interests include European security, British and EU foreign policy, and humanitarian affairs. 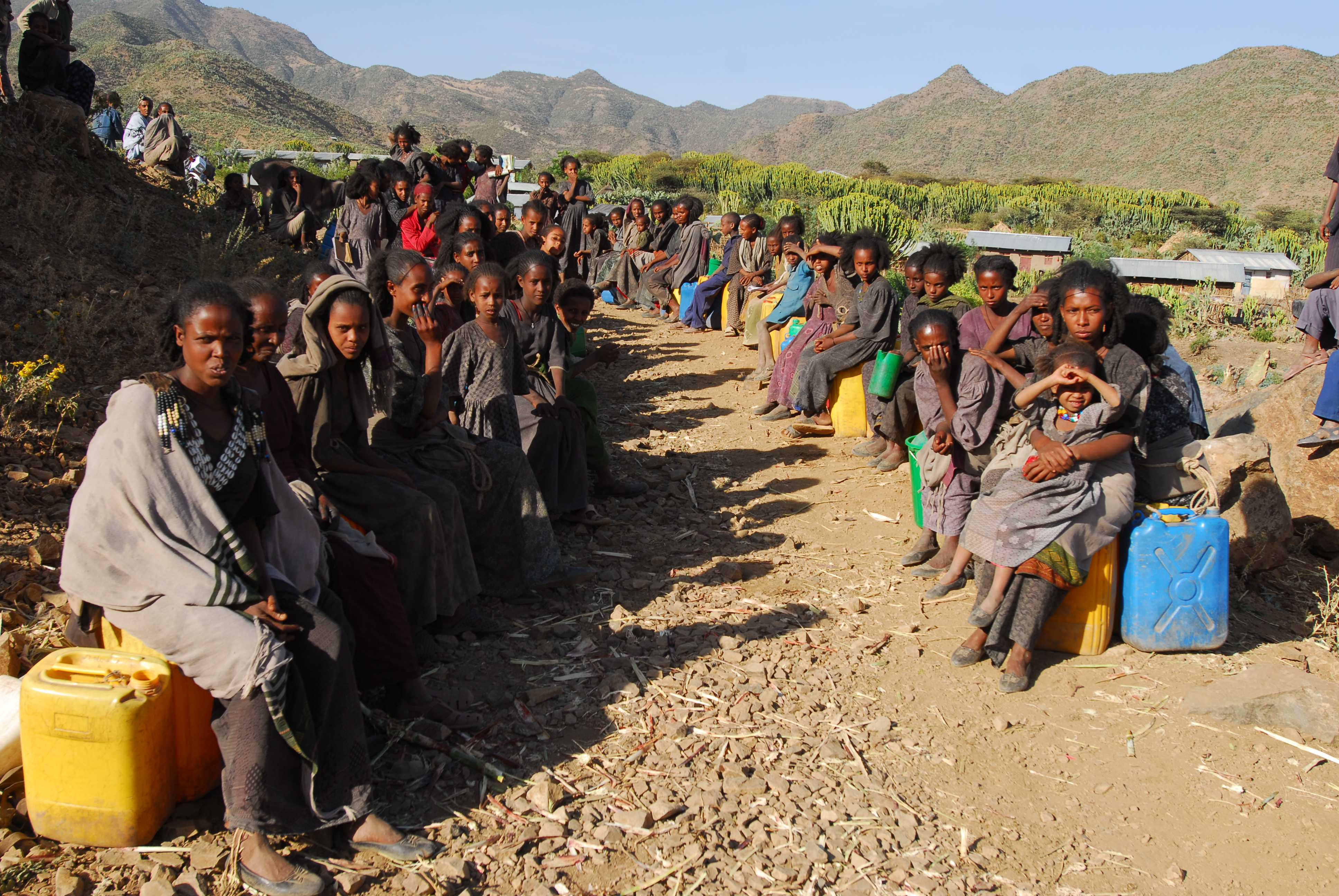 The ongoing war in Ethiopia has deep roots. The Tigray People’s Liberation Front (TPLF), an ethnic political party representing Tigrayans, ruled Ethiopia for three decades before being ousted in 2018. Following their fall from power, the party retreated to administer their home province of Tigray. Tensions between the TPLF and the government, led by Prime Minister Abiy Ahmed, remained, and came to a head when federal elections were postponed from 2020 to 2021 due to the Covid-19 pandemic. In September 2020, Tigray carried out their elections anyway and declared Abiy Ahmed illegitimate. In November, hostilities began when Abiy Ahmed started a military operation to oust the TPLF after an attack on a government army base, confident of a quick victory. Almost a year later, and no resolution is anywhere to be seen. Early successes from the federal government quickly soured as it was forced out of Tigray. Conflict has now spread to nearby regions, and Eritrea, Ethiopia’s totalitarian neighbour and long-term enemy of the Tigrayans, has waded in against the TPLF. Accompanying the war from the beginning have been myriad brutal war crimes perpetuated by both sides, with widespread reports of gang rape, mass murder of civilians, and the targeting of ethnic groups.

Recently it has become increasingly evident that a new tragedy lies on the horizon, one that would overshadow all the misery up to this point. With 5.2 million people in Tigray in need of food aid (of which 400,000 are already in famine-like conditions), humanitarian disaster is imminent in the form of the world’s worst food crisis. This may not be a tragic by-product of the war, but rather a planned strategy by the Ethiopian government. For months, there have been credible reports of government soldiers burning crops in Tigray. The United Nations Office for the Coordination of Humanitarian Affairs (OCHA) has described a de facto blockade of the region, with the government impeding humanitarian convoys both physically and with convoluted bureaucracy: only 10% of required food has reached Tigray since August. Add to this the recent expulsions of Médecins Sans Frontières, the Norwegian Refugee Council and seven senior UN officials from Ethiopia, and the situation looks increasingly like a deliberate attempt to starve the Tigrayans into submission. As a strategic partner and significant donor, the EU has a moral obligation to act.

Europe also has a more political incentive to intervene. The continued deterioration of the region could herald a new migrant crisis. There are currently 2.1 million internally displaced persons (IDPs) in Tigray, and many are fleeing into neighbouring countries to escape the violence. As the conflict expands and the prospect of widespread famine turns into reality, these numbers are likely to grow rapidly. The situation is made even more precarious by Ethiopia’s position as a significant refugee host. Before the civil war, the country housed almost 900,000 refugees originating from its neighbours.Should the war continue down its current path, the region will simultaneously lose its main hub for refugees and see a rapid climb in displaced persons. The consequences in such a scenario are hard to predict, but a rise in those seeking asylum westwards is to be expected. Facing both the moral imperative to prevent mass-scale misery and the fear of a new wave of migrants, what has the EU done?

The actions taken by the EU, and their consequences, have been limited. The most consistent policy has been a combination of condemning human rights abuses and funding humanitarian groups. The EU has been extremely vocal in calling for an end to war crimes and the conflict itself. While it is important to openly condemn these acts, such rhetoric has served no immediate purpose: the parties involved have simply carried on. The European Commission has provided substantial financial support, with 53.7 million euros in aid to assist those in the Tigray region. This is overshadowed by the 118 million euros given to help Ethiopian refugees in Sudan, suggesting the EU is focused on preventing the deterioration of regional stability. The aid complements steps taken by the British government. The country has prioritised the Tigray region through donations worth 88 million euros, supplementing the EU’s focus on Ethiopia’s neighbours. The financial support for charities and refugees is a prerequisite for any solution to the humanitarian crisis, and many lives have undoubtably been saved by it. And yet, the pressing issue for avoiding famine in Tigray is not a lack of aid, but rather the inability to reach those who need it. While the blockade stands, there is a limit to what even well financed charities can achieve.

However, the EU has taken more direct action. In January, budget support for Ethiopia of 88 million euros was suspended until the blockade is lifted. Budget support is one of the EU’s favourite development instruments, consisting of direct transfers into the treasuries of nations carrying out sustainable development reforms. One of the conditions of these transfers is a commitment to human rights, adherence to which has been put in doubt by the government’s blockade. While a sudden pause on direct transfers was certainly a blow to Ethiopian finances, the worsening of the blockade since suggests the impact was not severe enough. The effects may have been limited by continued US budget support, and Ethiopian hopes for an IMF loan. The EU has called for an arms embargo to stem the flow of dangerous weaponry into the region. However, without a UN embargo issued by the Security Council, actors can simply look outside of the West for their arms. Such a move by the UN looks unlikely as Russia and China remain fond of their vetoes on this matter. The EU, along with the US, has proposed sanctions on individuals. The hope is that the threat alone will lead to a loosening of the blockade, but the results remain to be seen. In an attempt to establish a new route for aid, the EU sent two humanitarian flights into Mekelle, the capital of Tigray. The airbridge, still hampered by obstacles from the Ethiopian government, only delivered enough food for 400 children over two months, a drop in the ocean relative to the millions in need.

The impact of EU actions has not been significant. This should not be taken as overt criticism: the Union’s intentions have been commendable, and it is not clear what more could have been done. The two imperatives have been, and still are, stopping the blockade and scaling down the war. In terms of the former, short of military intervention there is little that the EU alone can do to force Ethiopia’s hand. Sanctions on individuals could help, and perhaps they should have already been implemented, but there is no guarantee of their effectiveness, especially without US support. Regarding the war itself, a general military and surveillance embargo would go some way towards curtailing it, but lacking the agreement of the UN Security Council, other sources of weapons are easily available. There is no obvious way in which the EU could encourage Russia and China to withdraw their veto, thereby breaking the Security Council’s paralysis on the issue.

The EU is not in a position to solve the large-scale problems in this conflict alone, and so expectations for what can be achieved should be kept realistic. Continued support, both financial and political, for humanitarian agencies will ensure that help will be available once Tigray opens to the outside world. The highlighting and denouncement of human rights abuses may not bring an immediate end to them, but continued global scrutiny will help to pile pressure on the conflict’s leaders. The EU should encourage a dialogue with Russia and China to publicly establish the reasons for their stubbornness in the Security Council. Finally, EU states should use their close ties with the US to coordinate a focused pressure campaign with a simple and achievable demand: lift the blockade. The US should be pushed to copy the EU suspension of budget support. A list of officials along with planned sanctions from both the EU and US should be published as soon as possible. In the background of these events are concerns about the West undermining and alienating an important ally in the fight against Islamic extremism in Africa. This may lie behind US reluctance to slash financial support. The EU must stress the devastating catastrophe for the region if events carry on as they are. If both the EU and US turn off the money taps and go after the individuals in charge until aid convoys can freely enter Tigray, the Ethiopian government may just give in before it is too late.