Now in its 5th year, The Annual Clifford Chance Lecture is one of the key dates in the Energy Law Institute Calendar for energy law academics, practitioners and policy-makers in the UK and internationally.

On Thursday 13 February 2020, the Rt Hon Claire O’Neill, former President COP26, Minister of State at the Department for Business, Energy and Industrial Strategy, spoke of ‘The Climate Change Challenge’.

We would like to thank all those who attending the evening and hope to see you all next year. 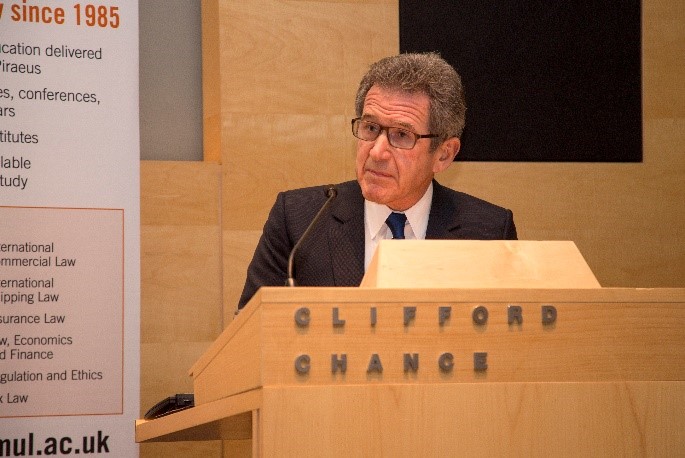 In 2015, we welcomed Lord Browne of Madingley, former CEO of British Petroleum (BP), for the Inaugural 2015 Annual Clifford Chance lecture.

‘Recourses, Rights and Responsibilities: The Role of the Private Sector in Public Development— A view by Lord Browne of Madingley’ 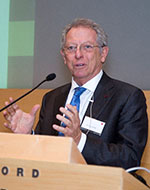 On the 2 February 2016, The Annual Clifford Chance Lecture was delivered by Sir David King, the then UK Government Foreign Secretary's Special Representative for Climate Change.

Speaking about the future of sustainable options to tackle climate change. The Paris Agreement is a turning point for humanity, according to Sir David King. 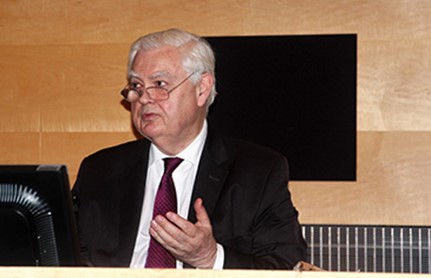 On the 2 February 2017, the third annual lecture was delivered by Lord Lamont of Lerwick, British politician and former Conservative MP for Kingston-upon-Thames. Served as Chancellor of the Exchequer, from 1900-1993.

'Iran and the West: What now after the Nuclear Agreement?'

Lord Lerwick explored the implications of Iran’s re-entry into the international fold in the wake of the nuclear agreement.

On the 25 October 2018, the fourth Annual Lecture was given by Sir Richard Friend, Cavendish Professor of Physics at the University of Cambridge.

The economics of the generation, storage and use of energy have been changing very quickly in the past decade. The price for renewable generation from solar and wind, to take an example, has fallen far faster than even the optimists had predicted. Will these trends continue? Is there a Moore’s Law for energy? How close are we to operating at the limits set by the laws of science? The answers to these questions are technology specific, but in several very large sectors, there are real opportunities to do much better.