Three major contributors to the seminal edited volume "Maritime Law", the fifth edition of which was recently published by Routledge, discuss the different transnational, international and domestic sources of maritime law and how it can be both challenging and rewarding to keep up with developments. 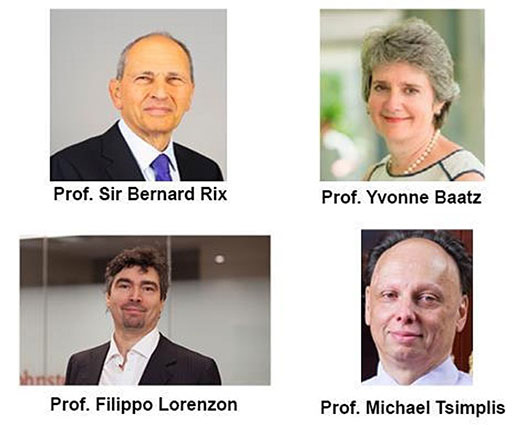 Sir Bernard Rix retired in 2013 from the Court of Appeal after twenty years as first a High Court Judge and then a Lord Justice of Appeal. He now practises as an arbitrator and accredited mediator. Since his retirement, he has been appointed to positions as a member of the Cayman Islands Court of Appeal and of the Singapore International Commercial Court and a Professor of International Commercial Law at Queen Mary, University of London.

Professor Yvonne Baatz practised as a solicitor in London, specialising in Shipping litigation. From 1991 she was at the University of Southampton where she became Professor of Maritime Law in 2007. She was Director of the Institute of Maritime Law there from 2003 to 2006. In 2018 she became a Professor at the Centre for Commercial Law Studies at Queen Mary, University of London lecturing on Bills of Lading, Charterparties, Contract, Marine Insurance, Maritime Conflict of Laws and P & I Clubs. She is now an Honorary Professor there. She has spoken to audiences of practitioners and academics all over the world and published widely.

Avvocato (Italy) and Solicitor in England and Wales

Filippo Lorenzon is Professor of Maritime and Commercial Law at Dalian Maritime University and a former Director of the Institute of Maritime Law at the University of Southampton. He is the author of several books and many articles in the subject of international trade and maritime law and actively involved in law reform. He is a Member of the ICC (UK) Committee on Transport and Logistics, the Italian Maritime Law Association (AIDiM) and the British Maritime Law Association (BMLA). Filippo has worked with leading maritime and commercial law firms, in London, Genoa and Venice, and is now a Consultant for Campbell Johnston Clarke in London. His research interests are mainly focused in International Trade Law, Carriage by Air, Carriage of Goods by Sea, European Maritime Law, Yachting Law and Comparative Private Law.

Mikis Tsimplis is professor of law at Hong Kong City University. He was the director of the Institute of Maritime Law (2014-2017) and the deputy director of the Southampton Marine and Maritime Institute. He has undertaken research projects and published in law, oceanography and climate change. Details of his career can be found at here. His publications can be found here. He is currently working on a book titled Environmental Norms in Maritime Law.

Please register above and you will be sent a Zoom link to access the event the day before it takes place.