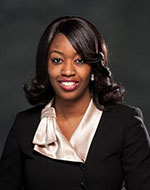 Professionally, in her capacity as CEO of MTA Visions and Acting Executive Director of Professional Development for MTA Center for Advocacy, Leadership, and Entrepreneurship (MTA-CALE), Adonis has engaged locally, nationally, and internationally to create a better world through innovative CSR and Rule of Law initiatives, such as Youth Leading Now; partnered with U.S. embassies to execute cultural diplomacy programming; advanced trade cooperation and policy in Latin America, Eastern Europe, and China; and executed comprehensive local, state, and federal government affairs strategy, from a legal, legislative, and regulatory posture that yielded both political and policy wins for Temporary Protected Status holders from Haiti, El Salvador, and Guatemala. Most notably as CEO of MTA Visions, Maritza was tapped by the U.S. State Department to serve as a U.S. Delegate for the first people to people diplomatic mission between the U.S. and China. Additionally, as Acting Director of Professional Development for MTA-CALE, in affiliation with John Hopkins University, she has lectured on intersections of CSR and Public Policy, and Racial Equity from a DEI and CSR lens.

Maritza has embodied the values of QMUL-CCLS through her ability to address critical societal needs in the U.S. and globally as a powerful leader. Specifically, as Founder of the Global Advocacy and Diplomacy Working Group of Women of Color Advancing Peace and Security, Adonis has contributed towards the Biden-Harris transition team’s National Security Strategy, curated diversity in the profession programs to educate and recruit diverse U.S. diplomats and advocated for the expansion of aid for Peace Corps evacuees. As Vice Chair of Policy for International Arbitration, Trade, and Deputy Director of Diversity for the American Bar Association and Founder of International Association of Legal Diversity Councils, Adonis has promoted DEI in the legal profession through recruitment and mentorship of aspiring and current young lawyers, led programs for the establishment of the Jerusalem Arbitration Center and consulted on negotiations of the dispute resolution provisions of the North American Free Trade Agreement U.S., Canada, and Mexico, and various laws through China’s Supreme Court and National People’s Congress.

In addition to driving positive community change in professional and leadership capacities, Maritza engages in a variety of grassroot volunteer engagements where she uses performing arts as a tool to mentor youth as the founder of the Youth Drama Ministry at First Baptist of Glenarden in the DMV; raise funds to treat and defeat childhood cancer in partnership with Praise 103.1 FM; and responded to the migrant crisis in the U.S.-Mexico border by traveling to Texas to sponsor migrant meals and conduct social work intakes through her nonprofit “Powered by MTA Visions.”

Maritza’s ability to respond creatively to the needs of a community, disrupt conventional thought, and exemplary leadership has been lauded by Charlotte School of Law through the grant of the “Rising Star” and “Ambassador” awards respectively. Adonis was also honored by the North Carolina Bar Association of Women Attorneys with the Sarah J. Parker Scholarship, and most notably received one of the top leadership awards “Silver Key” by the American Bar Association-the national voice legal professionals and largest voluntary association of lawyers in the world.