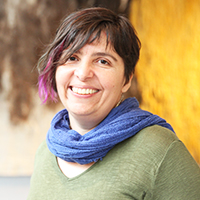 Role
Director of the Centre for Research in Equality and Diversity

Ahu Tatli is Professor of International Human Resource Management at Queen Mary University of London where she obtained a PhD. She holds a BSc in Sociology and MA in Political Science.

Ahu conducted research into equality and diversity at work for nearly two decades working with a number of practitioner bodies including Chartered Institute of Personnel and Development (CIPD), Arts Council England, Equal Opportunities Commission (EOC), Association of Chartered Certified Accountants (ACCA) and Economic and Social Research Council (ESRC). Her current work focuses on understanding the workings of privilege in organisations and reproduction of status-quo and potentials for agency towards progressive change. With her research, Ahu is particularly interested in contributing to the debate on intersectionality, privilege, equality and diversity through multi-layered sociological theorising.

Ahu Tatli is interested in supervising PhDs in the following areas: