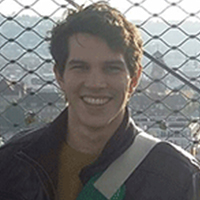 My research seeks to address the way in which immigrant workers build power in their communities and workplaces, the challenges they face and the extent to which that intersects with trade unions' attempts to revitalize the labour movement.

I have conducted 90+ semi-structured interviews with immigrant workers, activists, trade union staff and experts in Berlin, Germany, London, UK and New York, USA. This involved expanded research visits to Berlin in the Summer/Autumn of 2015 to accompany the activities of new Spanish immigrants, to London with Polish immigrants and to New York City to interview Latin immigrants involved in worker centres and the immigrant rights movement. The latter research was done in collaboration with the Cornell University School of Industrial and Labour Relations - The Worker Institute in Spring/Summer 2016. The interviews have been complemented with participant and non-participant observation at trade union events and activities, workshops for immigrant workers at worker and advice centres.

By comparing immigrants’ efforts at a city-wide level I hope to make a novel contribution to the field of industrial relations, migration studies and labour movement research.