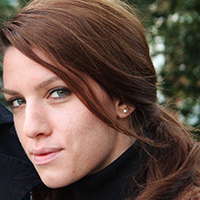 "The role and contribution of policy networks in explaining member states’ deviation from EU regional policy: A comparative case study of Greece and the UK through the lens of ESF Framework Projects"

In particular, drawing on the theoretical frameworks on Europeanisation and multi-level governance in the EU, my project aims at two objectives. First, to explain and frame the - deliberate or not - deviation of several member states from EU cohesion policy, and second, to test the agency of the EU in respecting national regional planning and the principle of additionality without however losing its dominance in controlling the implementation of the respective policy. The latter is pursued through the lens of policy networks, as a distinctive form of governance characterizing the regional policy of the EU, and the role thereof in informing, influencing and eventually, formulating public policy.

Under the current climate of economic austerity, political instability, Eurosceptisism and social disruption emerging or prevailing in a number of EU countries, there is increasing academic interest in understanding and framing the “limits of Europeanization” and the multi-speed Europe phenomenon in a range of policy sectors. In this vein, questions arise with regards to both the source and systemic causes of deviation or disconnection of several member states from EU common policies, and the agency of the EU in responding and adjusting to such tendencies.

The main research axis of my project consists in reviewing regional development programs within the National Strategic Reference Framework (NSRF) 2007–2013 and most notably Framework Projects financed by the European Social Fund (ESF). My research focuses on the fields of employment and social inclusion as developments in these areas impact both on the patterns of local and regional governance, and on the supra-national EU governance model.

The methodological framework of my project consists of comparative case study research, which takes a contextual qualitative approach. In more detail, a most different research design is employed through the review of Greece and the UK in implementing and absorbing ESF-funded projects.

Despite their various differences in terms of structures, intrinsic characteristics and rationale justifying their choices and positioning within the EU, the two countries “share” a centrifugal orbit from the European core, they are both highly centralized and they have both struggled to “import and internalize a set of EU regional policies and practices that appear in conflict with traditional domestic policies and politics” (Andreou, 2006).

Among others, my research aspires to frame the response of the EU to national opposition, hesitation or shortcomings on compliance, and evaluate whether added value of cohesion policy programs has been/is possible to be generated in politically centralized and usually peripheral member states without significant domestic institutional reforms.

In this context, an analysis and documentation of the integrated built-in mechanism able to collect data and provide bottom-up feedback allowing readjustments and reorientations in current and future regional cohesion policies will be conducted.