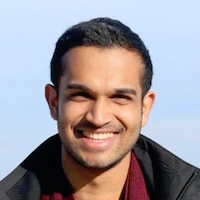 Labour force is considered a driving force of a flourishing economy. Yet, we see that it is not utilised efficiently. Research has shown that greater diversity (including gender) can contribute to better productivity and performance in the workplace and bring about better economic prospects as a result. My project seeks to explore and document gender gaps in the higher education sector; in particular, I focus on female representation, the gender wage gap and gender promotion gap. I also investigate several policies set in place to address gender inequality in the higher education sector in the UK.

I am a 4th-year Doctoral Researcher working on gender equality, public policy and labour economics. I am also affiliated with the Centre for Globalisation Research at QMUL. I hold an MSc in Economics from the Queen Mary University of London and BSc in Economics from the University of Surrey. I have also experience in working as an Assistant Economist for the Government Economic Services in the UK.