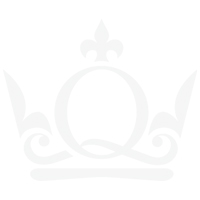 'A comprehensive understanding of Zero-leverage firms: causes and consequences'

Capital structure decisions continue to puzzle researchers across the globe. The considerable heterogeneity in financial policies of firms often within a single industry appears intractable and so scholars have grappled with this issue ever since Miller & Modigliani’s (1958) famous hypothesis of the irrelevance of the debt decision. It is within this rather sobering context that the phenomenon of zero-leverage acquires significance. It has been well documented by a steadily growing scholarship (Strebulaev and Yang, 2013) that a small yet growing proportion of public firms have completely avoided debt in their capital structure. The phenomenon has been observed not only in the US but also across developed markets (Bessler et al, 2013; Dang 2013). This clear preference to keep balance sheets debt free has been persistent and seem to correlate with higher profitability, higher tax payments, higher dividends and robust cash flows. Thus these firms are not just young growth firms that are financially constrained and cannot borrow but instead include firms that boast some of the best credit ratings and access in the market like Google, Microsoft etc. Financial scholarship has been intrigued by this phenomenon that seems to contradict standard capital structure theory with several researchers questioning the very wisdom of a theory that does not explain such an important empirical finding.

Increasingly it appears that zero-leverage is no mere anomaly and that standard capital structure theory is glossing over major determinants of capital structure decision-making. Some scholars, notably (Strebulaev and Yang 2013) go so far as to suggest that arguably zero-leverage is the default capital structure and any form of debt is an aberration that arises out of financial market imperfections. Therefore the need of the hour is to develop a comprehensive theory of zero-leverage and from this arguably the debt decision of the firm can be explained more substantially.

Bayan holds lectureship position in Saudi Arabia and currently in awarded scholarship to complete her PhD studies. Her principle research interests lie in the fields of corporate finance, investments and capital markets. She has presented her research in number of prestigious international conferences such as The Emerging Research Paradigms in Business and Social Science (ERPBSS), The International Finance and Banking Society (IFABS) and The 9th Saudi Students Conference.

From the first time she presented her research, she won best paper award for her work on 'Zero-leverage firms in a culturally unique environment: The case of Saudi Arabia'. Due to her high standard achieving during her PhD studies, Bayan was honoured by the Saudi Ambassador to the United Kingdom HRH prince Mohammed bin Nawaf Al Saud.