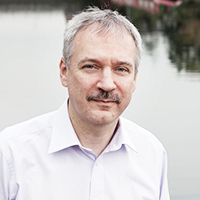 Mike Noon's research explores the effects of contemporary management practices on the work of employees. His main research interest is equality, diversity and discrimination, particularly in relation to ethnic minorities. In earlier work he explored the disadvantages faced by ethnic minorities in gaining access to work and training, then broadened the scope to examine the effects of gender, ethnicity, disability and age on the work experiences of UK employees using large scale survey data. More recently he has returned to studying the experiences of discrimination for employees through case studies and interviews.

His work also explores the theoretical and conceptual underpinning of equality policy. His approach challenges the assumptions behind mainstream equal opportunity policies in organisations and he argues for the pursuit of more progressive approaches, particularly using the new legal provisions in the 2010 Equality Act. He has been invited to present his ideas to various equality policy forums including the Government Equality Office, the Higher Education Leadership Foundation and the Equality Challenge Unit national conference  and the Metropolitan Police Service.
As well as having research findings reported in the national media, he has published widely in academic journals.

He is a former associate editor of Human Relations, and is a member of its editorial board.