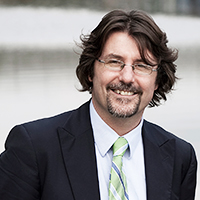 Gerard Hanlon’s research interests include social theory, the nature of market societies, corporate social responsibility, the relationship between the state and the market, political economy, the work of the middle class, professional organisations, and industrial sociology. These interests coalesce around the contested goals of organisations, how labour is mobilised to achieve these, the reasons why, and the ways within which, these goals are reconfigured. Such processes take place within a broader societal environment that, under capitalism, is structured by the shifting relationship between state and market.

He completed a major examination of the origins of management knowledge and its links to the authoritarianism, violence, and anti-democratic response to what the neo-liberal thinker Wilhelm Röepke called, the ‘Social Crisis of Our Time’.  This work was published by Routledge (2015) under the title The Dark Side of Management – The Secret History of Management Theory.

His most recent work examines the role of the military in the foundation of modern production and organisational forms starting with the Dutch, British, and US militaries in the period of commercial capitalism.

His work has appeared in leading journals such as Academy of Management Review, Human Relations, Sociology, Modern Law Review, Accounting Organisations and Society, amongst others. He is currently working on a research monograph on the management of the division of labour.

Professor Hanlon is currently on the editorial board of Organisation and Critical Perspectives on Accounting.

Kallum Pembro - ‘Worker Organisation in the UK: A Taxonomy of Struggle in the “Gig Economy”’