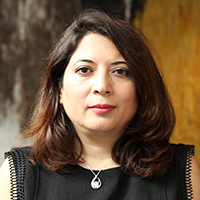 My research analyses how to overcome the most significant barriers to development. I have a PhD in Economics from the University of Cambridge (King’s College) and joined Queen Mary in September 2015.

I am also member of the Oxford-LSE research networks Improving Institutions for pro-poor Growth (iiG), Economics of Inequality and Poverty Analysis (EQUALITAS), director of Economic Development and Impact Evaluation (EDIE) network, and founding member of the Equity and Development Research Group (EDReG).

My research analyses how to overcome the main constraints to development. I am particularly interested in three of these barriers:

My fields of interests are Development Economics, Political Economy and Applied Economics.

Gutiérrez-Romero R. and Oviedo M. The good the bad and the ugly: The socio-economic impact of drug cartels and their violence in Mexico, Journal of Economic Geography, forthcoming.

Gutiérrez-Romero R. and Méndez-Errico, L. (2017) Does inequality foster or hinder the growth of entrepreneurship in the long run? Research on Economic Inequality, 25, forthcoming.

2016. Estimating the impact of Mexican drug cartels and drug-related homicides on crime and perceptions of safety. Journal of Economic Geography, 16:(4)

2014. An Inquiry into the Use of Illegal Electoral Practices and Effects of Political Violence and Vote-Buying, Journal of Conflict Resolution, 58:8.

2013. To What Extent Did Ethnicity and Economic Issues Matter in the 2007 Kenyan Elections, Development Policy Review, 31:3.

2013. Decentralization, Accountability and the 2007 MPs Elections in Kenya, Journal of Development Studies, 49:1.

2012. Triggers and Characteristics of the 2007 Kenyan Electoral Violence, World Development, 40:4. (with S. Dercon)

2010. To what extent does deprivation affect the performance of English local authorities? Journal of International Review of Administrative Sciences, 76:1. (with Haubrich, D. and McLean, I). Winner of the Best Article by IRAS Journal and Sage Editorial. Reprinted in Chinese Mandarin and also:

2008. The limitations of performance assessments of 2008. The public bodies: the case of deprivation as an environmental constraint on English local government, Environmental and Planning C: Government and Policy, 26:4. (with Haubrich, D and Mclean, I).

2007. The perils and pitfalls of performance measurement: The case of local authorities in the UK, Public Money Management, 27:2. (with McLean, I. and Haubrich, D.)

2007. “The impact of England’s New Deal for Communities on worklessness” in Social Policy and Regional Development in Europe, The Institute of Economics Zagreb, Croatia. (with Noble M. and Covizzi, I.)

2007. Narrowing the Gap? Modelling the NDC Programme impact on pupil attainment and worklessness at individual level and resultant policy implications. Department for Communities and Local Government, UK. (with Wilkinson, K.)