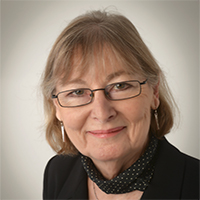 Geraldine Healy joined the School of Business and Management in 2004 as Professor of Employment Relations and is founding Director of the Centre for Research and Equality (CRED). She was previously Professor of Employment Relations at the University of Hertfordshire where she was Director of the then Centre for Research in Employment Studies. She has taught and researched on employment relations, the experience of work and inequalities over a number of years. She has taught at undergraduate and postgraduate level and has considerable experience of PhD supervision to completion. Her research has focused around inequalities in employment and the workplace. She has a particular interest in the interrelationship of a number of themes including intersectionality; inequality regimes; individualism and collectivism; career and the gap between equality policies and practices. Her recent work has centred on the gender pay gap, the organisation of casualised women workers and she is beginning a new study on the relevance of mid-20th Irish century Irish migration in understanding the contemporary context of migration. Her work has been funded by the EU, ESRC, Leverhulme, the Equal Opportunities Commission, the TUC and Government Departments.

Geraldine’s research interest has focused around inequalities in employment and the workplace. She has a particular interest in the interrelationship of a number of themes including the intersectional nature of discrimination, inequality regimes; individualism and collectivism; career and the gap between equality and diversity policies and practices and migration.  She is currently working on sectoral studies of the Gender Pay Gap and has recently commenced a study on mid-20th century Irish migration.  Her research is informed by a sociological approach, a multilayered analysis and the role of history. She has published extensively in leading international journals in the fields of employment and work.  Geraldine’s books include: The Gender Pay Gap and Social Partnership in Europe, (2019) Routledge (with Hazel Conley, Donata, Gottardi et al);  Gender and Professions (2018) (co-editor with Kaye Broadbent and Glenda Strachan), Routledge; Gender and Union Leadership, Routledge (2013) (with Gill Kirton); Ethnicity and Gender at Work, Palgrave 2008, (with Harriet Bradley); Diversity, ethnicity, migration and work: international perspectives, 2011, Palgrave Macmillan (with Franklin Oikelome); Equalities, Inequalities and Diversity (Palgrave) (2011) and The Future of Worker Representation (Palgrave 2004). She has also published widely in leading international journals.

She has just completed the EU funded project on ‘Close the Deal, Fill the Gap’ a comparative project on the gender pay gap with universities of Verona and Silesia (with Hazel Conley and Pedro Martins). She has previously undertaken a number of projects on equalities and disadvantage including a project for the TUC on The Challenges of Organising Women Casualised Workers and a Leverhulme funded International Network on Women and Trade Union Leadership with Cornell and Rutgers universities (with Gill Kirton),  the ESRC funded Future of Work project on 'Handling the Double Disadvantage - the experience of black and minority women in trade unions' and the Equal Opportunities Commission (EOC) project on 'Workplace Cultures: what does and does not work'. In addition, she has led projects for the ESF, 'Challenging occupational segregation among young BME workers? and ‘Ethnicity, Career and Work in the Health Services', and for the Department of Constitutional Affairs (now the Ministry of Justice) on ‘Assessment Centres for Judicial Appointments and Diversity'.

She welcomes PhD applications that wish to pursue studies engaging with contemporary challenges in the study of equality, inequalities and diversity, particularly from a sociological perspective. She is also interested in the relevance of mid-20th century migration (including Irish migration) to the current experience of migrants.

Geraldine Healy’s research has focused on contemporary issues of social justice and inequalities. To do this, she has worked with a range of organisations including unions, the Trades Union Congress, the Equal Opportunities Commission, Government Departments, the European Trades Union Congress, the Chartered Management Institute, the British Institute of Management and with scholars from the UK and internationally. She has presented her work to a range of UK and international practitioners, including trade unions, managers, professional bodies and the European Trade Union Institute. An indication of her public engagement may found in the following reports and of course in her publications.

She is a member of the editorial board of Industrial Relations Journal and Equality Diversity and Inclusion – an international journal and former member of the boards of Work, Employment and Society (2009-12) and British Journal of Management.