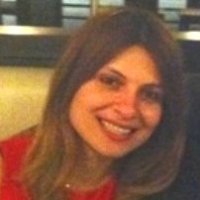 Lecturer in International Business and Strategy

Student drop in and feedback hours:

Dr Eleni Lioliou is a Lecturer in International Business and Strategy and a Fellow of the UK Higher Education Academy. Before joining QMUL, she was a faculty member at the University of Loughborough, School of Business and Economics. Her research interests revolve around the governance of outsourcing/offshoring arrangements and open-innovation models. She is further interested in the entrepreneurial orientation of firms as well as their internationalization efforts.

Zimmermann, A. Oshri, I. Lioliou, E. Gerbasi, A. (2017) “Sourcing in or out: implications for social capital and knowledge sharing”, Journal of Strategic Information Systems, forthcoming.

subsidiary performance of MNEs from an emerging economy”, Journal of World Business, 51(3),356-368.

Lioliou, E. Zimmermann, A. Willcocks, L.P. and Gao, L. (2014), “Formal and relational governance in IT outsourcing: substitution, complementarity and the role of the psychological contract”, Information Systems Journal, 24(6),503-555.

Lioliou, E. Willcocks, L.P. and Liu, X. (2016), “Opportunism in IT outsourcing: A problem of alignment and co-ordination”, Proceedings of the 10th Global Sourcing Workshop, Valdisere, France

Oshri, I. Lioliou, E. Zimmermann, A. and Gerbasi, A. (2015), “Control Mechanisms in Plural Sourcing: The Mediating Role of Strength of Ties”, Proceedings of the 9th Global Sourcing Workshop, La Thuile, Italy

Zimmermann, A. Oshri, I. Lioliou, E. and Gerbasi, A. (2015), “Sourcing In or Out? Tacit Knowledge Sharing and the Role of Social Capital”, Proceedings of the 9th Global Sourcing Workshop, La Thuile, Italy

Lioliou, E. and Willcocks, L.P. (2010), “Everything is Dangerous: Rethinking Michel Foucault and the Social Studies of ICTs” Book chapter in Galliers, B. and Currie, W. The Oxford Handbook of Management Information Systems, Oxford

Lioliou, E. & Willcocks, L.P. (2009), “IT Outsourcing Governance: Illuminating on the Interplay Between its Contractual and Relational Elements”, Proceedings of the International Conference on Information Systems, Arizona, USA

Lioliou, E. & Willcocks, L.P. (2009), “IT Outsourcing Governance: Illuminating on the Role of the Contract in Manifesting Formal and Social Control”, Proceedings of the Mediterranean Conference on Information Systems, Athens, Greece

Dr Eleni Lioliou greatly enjoys supervising research students, and is always keen to work with exceptional candidates who wish to pursue research in the areas of outsourcing, open-innovation, offshoring or international business strategy. For an informal discussion please send your CV and research proposal (outlining primary research questions/objectives, significance of the study, methods and possible data sources) to e.lioliou@qmul.ac.uk.