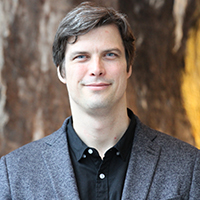 I am a political economist researching the theory, politics and industrial organisation of the business enterprise and global value chains; international trade policy, its negotiation and relationship to global production; and the political economy of development and environment change. I regard political economy as an interdisciplinary approach that allows me to contribute to debates in a range of fields, including Development Studies, Economic Geography, International Business, and International Political Economy.

In addition to academic research I have undertaken commissioned research on a range of themes including trade policy, social policy and industry analysis for a variety of organisations, such as the Commonwealth Secretariat; Directorate General for Trade of the European Commission; International Centre for Trade and Sustainable Development; Food & Agricultural Organisation of the United Nations; International Transport Workers Federation; United Nations Conference on Trade and Development; and United Nations Research Institute for Social Development. I have also worked part-time for the Pacific Islands Forum Fisheries Agency (FFA) since 2007 as an advisor on the global tuna industry and international trade policy; and for Pacific Islands Forum at its Permanent Delehaton in Geneva, with a focus on the World Trade Organisation, and for the Secretariat in Suva, Fiji.

My teaching draws on the fields of economic geography, international political economy, development studies, and international business. I teach across all levels, from first year undergraduate to masters’ modules and PhD training. My teaching is particularly focused on linking (and finding tensions among) theory, policy and practice, including state regulation, the strategies of big business, and tracing processes of change in the world economy. This is closely linked to my research and policy work on multinational enterprises, international trade, the political economy of industrial development, and environmental change.

I have had a good track record of student and peer feedback on my teaching and learning practices. I carefully align content with modes of assessment, and unfold and interrogate theory and concepts through country and sectoral case studies. My non-academic work with governments, international organisations, NGOs and trade unions feeds directly into my teaching practice in the form of examples and anecdotes which, I hope, bring to life some of the more abstract or faceless issues, institutions and processes that I explore with students.

My research is often collaborative and can be divided into six distinct, but interconnected contributions.

(1) Global Value Chains and Natural Resource Industries: I have advanced conceptually and empirically the understanding of the environment as a material dynamic shaping and shaped by corporations and inter-firm relations in the world economy (e.g. Campling 2012; Baglioni and Campling 2017; Campling and Selwyn 2018; Campling and Havice 2019). In connected research with Elizabeth Havice, we have shown how environmental governance is used by dominant firms as a business strategy, including in articulations with individual states and the international system (Havice and Campling 2013, 2017; Campling and Havice 2018). This work challenges firm-centrism in global value chain analysis and shows why ecology matters to the study of business dynamics.

In Capitalism and the Sea with Alejandro Colás (Verso 2021), we trace the political economy, ecology and geopolitics of the sea, and show that the earth’s geographical separation into land and sea has significant, but under-studied, consequences for rethinking how capitalism works. We challenge land-based narratives of capitalist development and show how struggles over sovereignty, exploitation and appropriation in the capture and coding of maritime spaces and resources has shaped the modern world.

(2) The Political Economy of International Fisheries Trade and Resource Access: this research on international fisheries trade and resource access rules and their commercial relations has shown that the negotiation and implementation of trade agreements shape profoundly the structure of global fisheries production (Campling 2015, 2016, 2017; Campling and Havice 2013, 2014; Curran et al. 2019; Andriamahefazafy et al. 2019). This work has ruptured siloed, technicist thinking in scholarship on fisheries, demonstrating the ways in which trade rules are the historical products of business strategies, and theorises the problem of property over mobile living resources. This academic work has laid a powerful basis for public engagement and is the foundation for Impact Case Studies submitted to REF2013 and REF2021.

(3) Law, the Corporation, Global Value Chains and Redistribution: Combining my work on GVCs and international trade law, is an offshoot of theory-driven collaborative work examining the role of law and managerialism in the distribution of wealth in global production (IGLP Law and Global Production Working Group 2016; Baglioni et al. 2019; Campling 2019). In particular, work with Clair Quentin has shown that corporations make strategic use of the articulation of global value chains and global wealth chains to maximise post-tax profits, reproducing global inequalities between firms, countries, classes and genders (Quentin and Campling 2018; Campling and Quentin 2021).

(4) EU Free Trade Agreements and Labour Standards: Funded by a two-year ESRC grant (2015-17), I shifted the relational focus of my work from trade, the environment and natural resource industries, to trade, labour standards and automobile manufacturing. As Co-Investigator on an inter-disciplinary team of researchers from QMUL and the University of Warwick, I investigated the negotiation, implementation and effectiveness of the EU’s framework for labour provisions in its Free Trade Agreements. Our research identified significant limitations in the institutional structures established by the EU’s framework and in its operationalisation, where my focus was South Korea and its automotive production network (Barbu et al. 2018; Campling et al. 2016; Campling et al. 2019; Harrison et al. 2018a and 2018b; Smith et al. 2018).  This research won the Journal of Common Market Studies joint best article prize in 2019 and was published in Free Trade Agreements and Global Labour Governance: The European Union’s Trade-Labour Linkage in a Value Chain World (Routledge, 2021).

(5) Labour Regimes and Global Production: I have worked collaboratively with two groups of researchers on the development of ‘labour regime analysis’. The concept of a labour regime acts as a bridge between distinct sub-disciplines that study labour, work and employment and those that study firms and globalised production. And it allows for the scalar analysis of the multiple dimensions of social relations, governance and regulation that stabilise and contest the production process in particular places. The first set of work developed out of the research on EU FTAs and labour standards and involves the conceptualisation of labour regimes as consisting of nested scales of relations, articulating global value chains, national political economies and workplaces . (Smith et al. 2018; Campling et al. 2019). The second group emerged from a long-standing collaboration with the Historical Materialism and World Development Research Seminar (HMWDRS) and builds on prior work on class-relational analysis in a book edited with Jonathan Pattenden, Satoshi Miyamura and Ben Selwyn The Class Dynamics of Development (Routledge, 2017). This collective work is culminating a collection of essays Labour Regimes and Global Production (Agenda, forthcoming) that I am editing with Elena Baglioni, Neil Coe and Adrian Smith.

(6) Interdisciplinary Study of the Global Ocean and Environmental Change: I engage in cross-disciplinary work with oceanographers, fisheries and climate change scientists, economists and legal scholars, including on the impacts of climate change on small island developing states, the sustainable governance of oceanic ecosystems, and scenario building for projecting possible pathways in the social-ecological evolution of oceanic systems (Maury et al. 2013 and 2017; Guillotreau et al. 2012).

Dr Aidan Wong (with Adrian Smith), ‘The Politics of Urban Waste Collection and Recycling Global Production Networks in Singapore and Malaysia’. QMUL studentship commenced in October 2010 and completed (with minor corrections) in July 2014. Winner of the Best Dissertation award for 2014 of the American Association of Geography’s Economic Geography Speciality Group; and winner of the 2014 PhD Prize of the Economic Geography Research Group, Royal Geographical Society.

Liam's  research on the global tuna industry, the international trade regime and developing countries, and his ongoing policy collaboration with development agencies, trade unions and NGOs (a combination of commissioned and pro-bono work), has contributed to several impacts. Three sets of impacts were highlighted in his REF2013 Case Study: (1) influencing trade policy, regulation and legislation to support developing countries, including at the WTO; (2) improving labour conditions in tuna processing facilities in Papua New Guinea; and, (3) influencing public debate and understanding of fisheries industry and policy. Read more on this here: http://impact.ref.ac.uk/CaseStudies/CaseStudy.aspx?Id=19103

He is submitting two distinct Impact Case Studies to REF2021.