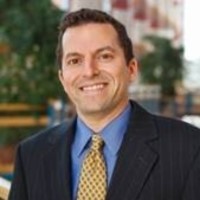 Eric is Assistant Professor of Marketing (Lecturer) at Queen Mary University of London, School of Business and Management. An expert in consumer behavior and psychology, he teaches consumer behavior in the undergraduate and masters degree programs. Eric is Director of the Marketing Interactions and Consumer Behaviour (MICB) Research Group, and was Co-Director of the SBM Behavioural Research Lab. Eric is also a Visiting Fellow of University of Cambridge Judge Business School, where he teaches the Executive MBA course in Consumer Behavior.

Eric's research focuses on consumer moral identity, prosocial behavior and charitable giving, and brand anthropomorphism. His research has been published in Journal of Marketing, Journal of Personality and Social Psychology, and Journal of Consumer Psychology. He (and his co-authors) have also presented his work at conferences of the Association for Consumer Research, Society for Consumer Psychology, Consumer-Brand Relationships, and European Marketing Academy (EMAC).

Eric currently serves as a scientific adviser to BrandMemo, consults and teaches executive education sessions in the areas of brand strategy and consumer psychology, and is a Senior Member of his Cambridge College (Hughes Hall). Eric is also a member of the academic network of the University of Cambridge Centre for Science and Policy (CAsP). Prior to earning his Ph.D. and entering academia, Eric worked as a Marketing Manager for a division of his family's mail-order catalog company.

Eric has been interviewed, quoted, written articles for, and/or had his research highlighted in various national and international media outlets such as CNBC, the Wall Street Journal, Financial Times, MarketWatch, the Telegraph, BBC Radio Cambridgeshire, BBC Radio 5, ABC Radio Australia, The Naked Scientists, TheConversation.com, BBC 1 Television, ITV Anglia Television, and Cambridge TV. See below for link to a partial list of his media coverage.

Read about Dr Eric Levy in the news.