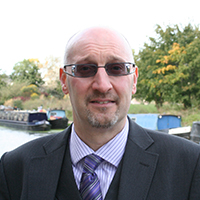 Perri 6 is Professor in Public Management. His research interests lie in the explanation of diversity in styles of political judgement and policy decision making in the core executive in governments. He has published extensively on joined-up government, on privacy and on political judgement. He has made major contributions to the development of the neo-Durkheimian institutional tradition of theory, stemming from the work of Douglas. Much of his research uses historical cases and archival data sources. He is currently researching why states commit to very deep collaboration in global regulatory regimes with other states at the same time as they are engaged in tension and even conflict with those other states, using central historical cases to examine rival theories’ explanations.

Over the last twenty five years, he has held appointments at Nottingham Trent University, University of Birmingham, King’s College London, Strathclyde University and University of Bath. In the mid-1990s, he also worked in an influential independent public policy institute and briefly as a leader writer on a national newspaper. Before that, he worked as a parliamentary lobbyist and as a pressure group researcher.

He holds degrees from the University of Cambridge in philosophy and in social and political sciences.

Perri 6 will be on sabbatical leave for the 2020/21 academic year and so not undertaking any teaching.

Perri is a Fellow of the Higher Education Academy.

Much of my work examines decision-making in executive government. I am trying to develop richer and more powerful explanations of the diversity in styles of political judgement. In recent years, I have used archival sources to examine decision-making in government, because declassified ministerial and official papers provide very rich sources of information about the process of coming to judgement. I focus in particular on the ways in which informal social organisation among ministers and their advisers and the most senior civil servants shapes and influences the kinds of framing, bias and selective attention and weighting of factors which they bring to their decision-making. I am also interested in the ways in which these framings and biases help us to explain patterns of unintended and unexpected consequences of decisions. To understand these decision-making processes, I have developed and extended the neo-Durkheimian institutional framework, derived from the work of the late anthropologist, Professor Dame Mary Douglas.

I am currently researching why states commit to very deep collaboration in global regulatory regimes with other states at the same time as they are engaged in tension and even conflict with those other states, using central historical cases to examine rival theories’ explanations.

My earlier work examined organisational processes in policy implementation in the public services. For example, my work on joined-up and holistic governance has been very widely cited. I published extensively on inter-organisational structures. I undertook, together with colleagues, extensive studies on the ways in which services struck settlements between the conflicting imperatives for joint working between services and professions and for protecting client confidentiality. I have also done work on the policy instruments used in efforts to change the behaviour of citizens.

I use qualitative data and methods. However, I use hypothesis-driven, deductive approaches to qualitative research, and I use them for explanatory purposes, rather than following the inductive and narrowly interpretive uses which are common in the social sciences today. Much of work uses comparison between multiple cases over time in order to undertake causal process tracing.

I am interested in supervising doctoral research which seeks to explore the explanatory power of the neo-Durkheimian institutional approach, especially in the fields of decision-making in the political executive and of the international public regulatory agencies and regimes.

He has carried out extensive research and consultancy as well as policy studies on a very wide range of fields of public management from health care to eastern enlargement of the European Union, from e-government and privacy issues to local government finance. He has examined public management issues in the UK, USA and continental Europe, and provided consultancy advice to many UK departments of state, regulatory authorities such as the Office of the Information Commissioner and also for the OECD in Paris.

He was elected a Fellow of the Academy of Social Sciences in 2013.