Harvard Business Review publishes research from the School of Business and Management about how women leaders receive less actionable feedback than men, and what can be done about it. 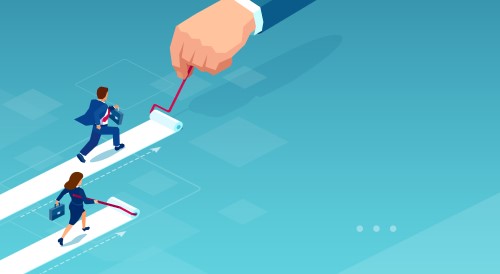 Women’s advancement into senior leadership roles remains much slower than men. Newly published research by Dr Elena Doldor from the Centre for Research in Equality and Diversity sheds light into one of the causes for this ongoing gender inequality. The study explored differences in the developmental feedback received by men and women. Developmental feedback - provided informally or through official management processes - is one of employees’ few explicit opportunities to learn about how they should change and develop as a leader, and as such it plays a major role in paving the way to leadership.

Using computerised text analysis, the authors examined comments provided anonymously to 146 mid-career leaders, by more than 1,000 of peers and leaders while taking part in a leadership development program. They found four key differences in how advice was framed for female leaders and for male leaders:

Dr Elena Doldor said: “Visionary and political skills are essential for progression into senior leadership. If women are not encouraged to develop these skills as much as men are, it is unsurprising that we see uneven representation in leadership ranks. Similarly, it isn’t particularly helpful to simply tell women to “be more confident”. When we demystify the notion of confidence and relate it to specific skill sets, the advice becomes much more actionable.”Feedback provided to women was therefore less actionable and less useful for leadership progression than feedback given to men.

The good news is, this subtle bias can be mitigated through deliberate action. To make developmental feedback more gender-inclusive, managers must scrutinize the messages they communicate in that feedback. The article provides practical suggestions for how managers can provide more equitable feedback in each of the four areas identified above.

By refocusing developmental conversations in the four key areas of bias outlined, managers can begin to overcome their unconscious biases and more effectively support the leadership development of both men and women.

The study was co-authored with Dr Maddy Wyatt and Prof Jo Silvester.