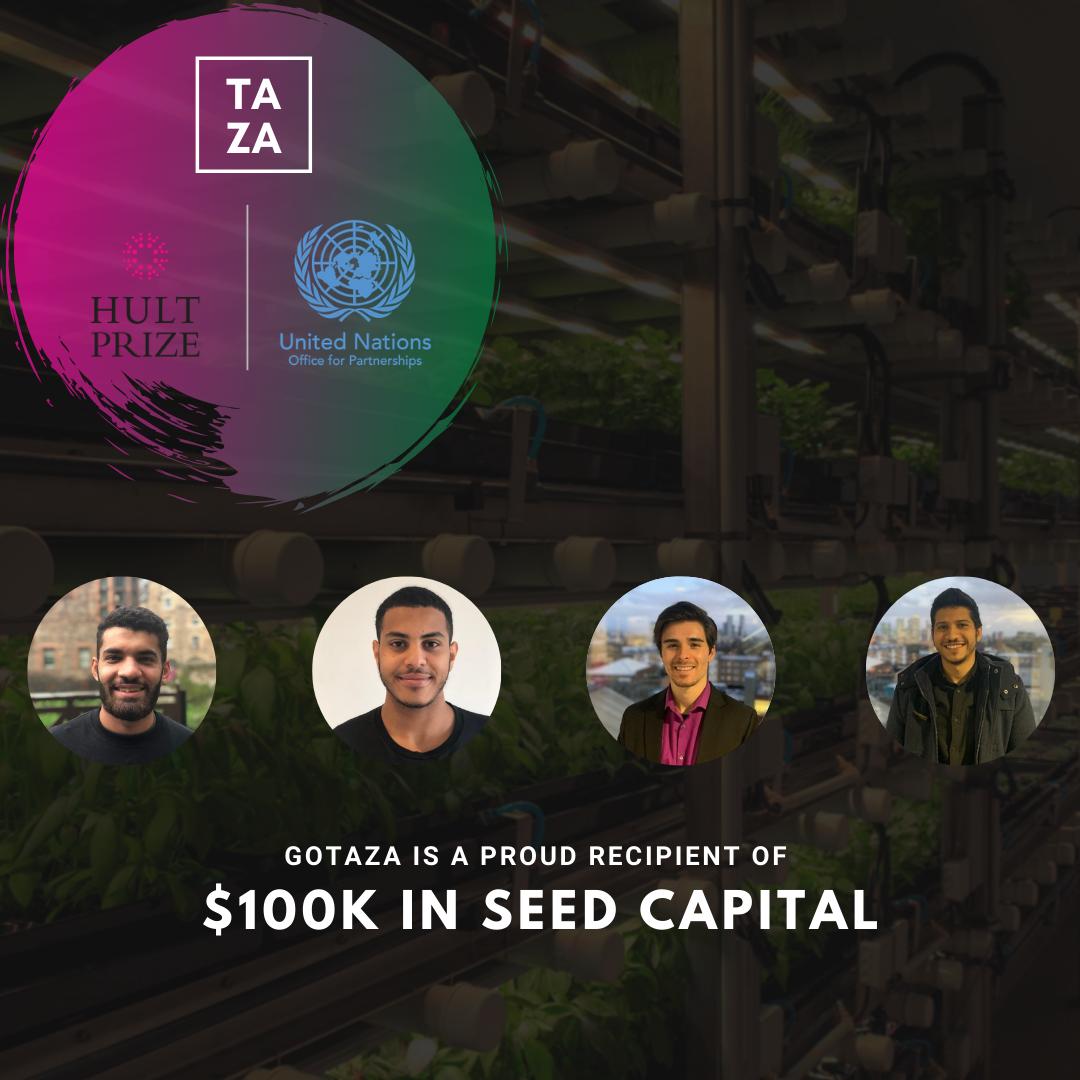 The HULT Prize, also known as the ‘Nobel Prize for Students’, is the world's largest competition for social good start-ups emerging from universities. Each year, former US President Bill Clinton announces a HULT Prize challenge aligned with the UN Sustainable Development Goals, inspiring and enabling the world's brightest minds to solve its greatest problems.

This year, Team GoTaza (formerly Team AlgaX) won a $100,000 Hult Prize Foundation Seed Capital Grant with their idea of sustainably cultivating ultra-fresh, nutrient-dense greens 365 days a year using the most cost-effective LED technology and vertical growing racks. Their partnership with high schools in California has allowed them to run an educational program alongside their commercial operations. This has led to a high levels of social impact, targeting the next generation of tech farmers by providing hands-on internships and study programs related to hydroponics farming.

Hydroponics is a method of growing plants in the absence of soil, with mineral nutrients supplied by water. GoTaza uses vertical hydroponics which refers to hydroponic systems that enable plants to be grown vertically. Their LED’s work as sunlight and provide the plants with all they need to grow. They decided to pursue this idea as they noticed that there was a gap in the market for local and highly nutritious food.

"Our journey first started with entrepreneurship sessions run by Dr Evangelos Markopoulos. He introduced us to a UN-sponsored accelerator, which we would go on to compete in. Every year over 150,000 student start-ups across the globe apply for a chance to win a spot in the Hult prize accelerator and compete for $1million in seed capital. Only 33 teams were selected. During the accelerator the team was able to receive mentorship from executives, leaders and investors across the globe, this has been vital in devising a successful business plan. Combined with the support from Dr Evangelos we are confident that GoTaza is a start-up to watch."

The competition started with over 130,000 teams representing 150 countries and 3,500 universities in the first round. Dr Evangelos Markopoulos from the School of Business and Management, organised the on campus competition at QMUL. Dr Markopoulos said: "Our continuous success in the HULT Prize competition indicates QMUL’s global impact in student entrepreneurship. I coached the students since day one, and I will be next to them as long as they need me. I am proud of all my students, whose intelligence, commitment and ethos can and will make our world better".