Fernando Barrio, Director of International Engagement for the School of Business and Management, and Academic Lead for Resilience and Sustainability for the Queen Mary Global Policy Institute, is also in Glasgow as part of the official observer mission. 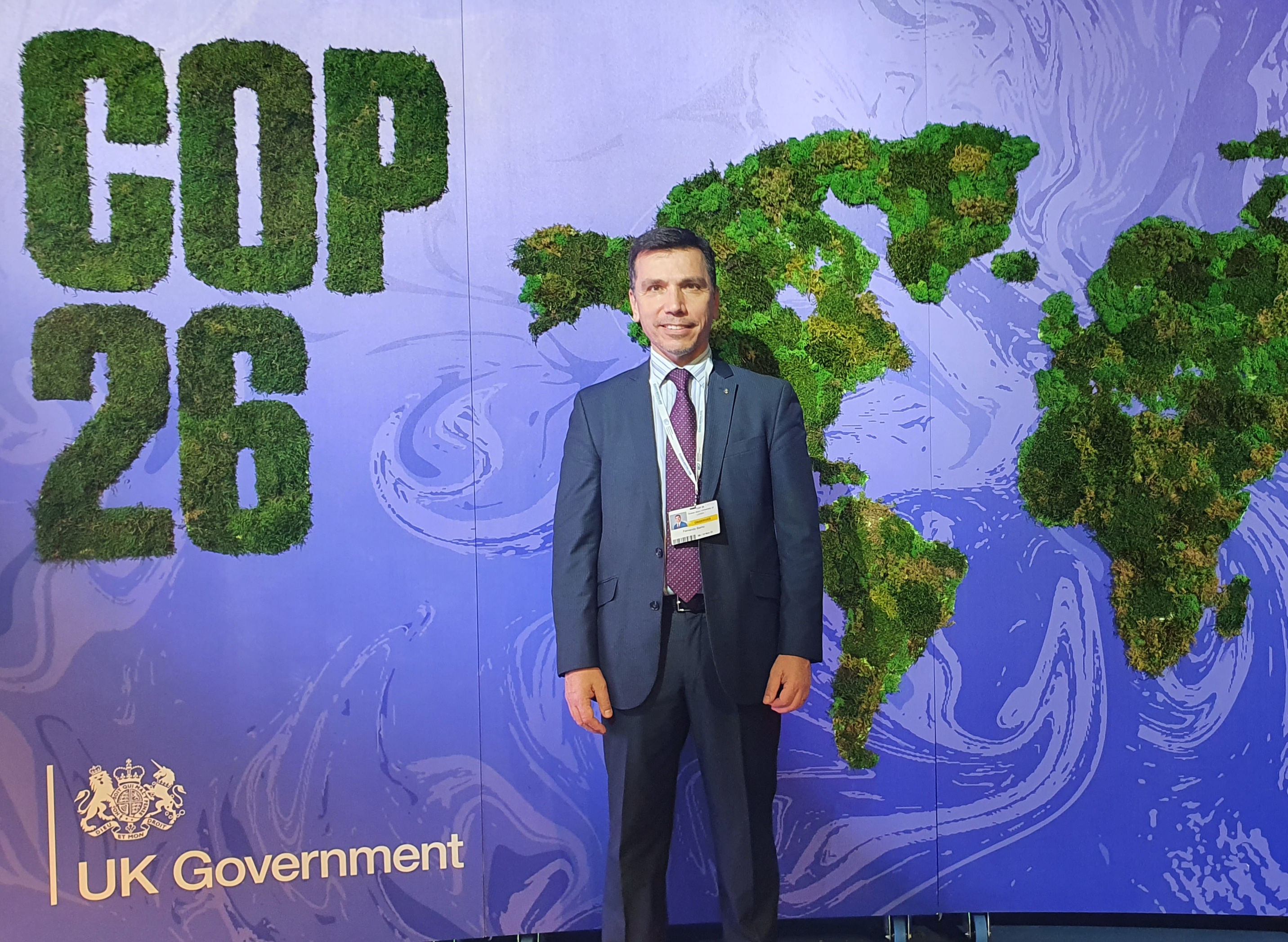 The Director of International Engagement of the School of Business and Management, Dr Fernando Barrio, participated in the activities that took place at the 26th United Nations Framework Convention on Climate Change Conference of the Parties, COP26, as head of the delegation of Queen Mary University of London. The University acquired the status of Permanent Observer and, as such, it was part of several events in the Green Zone, open to the public, and the Blue Zone, reserved for the parties to the Convention, the UN and the observers.

The School of Business and Management has been a pioneer in focusing its research and education on the promotion of social justice, sustainability and good governance in the management of private, public and voluntary sectors. The participation at the UNFCCC COP26 represents a step further in the direction of widening the Schools global impact via research and engagement with current issues.

Dr Barrio conducted meetings with representatives of different countries, focusing on issues related to the expertise of members of the School of Business and Management on the implementation of those countries’ commitments under the Paris Agreement on Climate Change. For the implementation of the policies and translation into actions and regulations, a bottom-up approach was proposed and will be further discussed in two meetings in December and January with the representatives of the Government of Eswatini.

In addition, Dr Barrio held discussions with a variety of stakeholders where he made a proposal for new forms of governance of the climate change convention, based on the multistakeholder approach used for the number and names system of Internet. The proposal is grounded on the need to move beyond the current system that it is proving to be ineffective to achieve the greenhouse gases emissions limitations with the urgency that the global crisis require.