1. The overall strategy and direction of the School, particularly in terms of issues such as undergraduate and postgraduate education, plus employability and the external image, identity and positioning of the School.

3. Fundraising activities, especially opportunities most relevant to the teaching and research areas of the School.

4. The future direction of the School’s research centres and themes in the light of potential opportunities and issues of contemporary relevance. 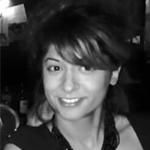 Kay Ali is head of partnership development at Youth Business International, an NGO that works with supporting young people to start and grow their own business around the world.  Kay has nearly 15 years’ experience across the charity, social enterprise, NGO and public sector. She is a business development expert with experience of securing international, national, local funding; as well as successfully managing and delivering charity, corporate and community projects. Kay is a board trustee of ROSA, The UK Fund for Women and Girls, and has volunteered at the Eat or Heat Food Bank to raise money and awareness of local food banks. She graduated from Queen Mary University of London with a BA (Hons) in Politics and an MSc in Migration.

Phil Eames is chief executive at NDP one of the UK’s leading digital agencies. He joined NDP in 2016, alongside this busy role he sits and works on a number of advisory panels and board roles including advisor on data driven marketing and consumer engagement to UST Global and chair of the board at Akquire. Prior to NDP he was COO at Aimia, which is the world’s leading operator of loyalty programmes including Nectar in the UK and Airmiles in the Middle East. He is a specialist in loyalty consumer engagement and data driven marketing. Phil spent 7 years working with Fujitsu running their card and payment business prior to leading the digital business of Incepta PLC where he ran businesses in the US and Europe. Phil has extensive experience executing and running mergers and acquisition and company disposals and has wide international business experience having worked in and run businesses in Europe, US, India, Africa and the Middle East.

Leor Franks is managing director at FTI Consulting, a $1.8bn professional services firm. Based in London, he leads marketing, communications, research and knowledge teams across the European, Middle East and Africa (EMEA) region and is a member of the executive leadership committee in EMEA. He is a specialist in the professional services industry, and has 15 years marketing and communications experience. He joined FTI Consulting from Ernst & Young, having previously held increasingly senior positions at Bureau van Dijk, Deloitte, RSA Insurance and Arthur Andersen. Leor was previously non-executive chairman of the London Central Young Enterprise UK Advisory Board, and is chairman of the Metropolitan Police Safer Neighbourhood Canons Ward Panel.