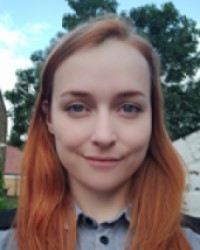 Dr Sarah Morgan started at University of Leeds for her undergraduate in Medical Sciences, then completed an MRes in Experimental Neuroscience, Imperial College London, working on a range of topics including animal models of Huntington’s disease, PET imaging in schizophrenia and sensory integration of position and time. Next, Dr Morgan completed a PhD at the Institute of Neurology, University College London, with Professor John Hardy where her work centred on the genetic landscape of amyotrophic lateral sclerosis. Dr Morgan then went to work as a postdoc with Professor Winston Hide, first at Sheffield Institute for Translational Neuroscience, University of Sheffield, and later overseas at Beth Israel Deaconess Medical Center, Harvard Medical School.

Of the babies born this year in the UK, it is predicted that 1 in 3 will eventually be diagnosed with dementia or Alzheimer’s disease (AD). In contrast, there are a number of individuals who genetically or environmentally are predisposed to AD yet remain cognitively healthy into old age. Dr Morgan believes that in exploiting these resilient individuals who are potentially protected against AD will produce a higher chance of defining successful drug targets.

Dr Morgan's work aims to utilise high-dimensional omics datasets to answer medical problems with translational impact, including: identifying trends that improve diagnosis of neurodegenerative disease, investigating mechanisms of protection against neurodegeneration, and researching minority groups as an understudied yet high-risk AD subgroup. Whole-genome sequencing can be utilised to identify putative candidate variants in both coding and non-coding regions, which can be integrated with publicly available epigenomes, transcriptomes and other large relevant datasets. Novel associations then provide a foundation for gaining new insight into the underlying biological mechanisms driving resilience and disease, facilitating the move towards precision medicine and customised prevention.