Researchers at Queen Mary University of London and Cardiff University have developed a rapid test for the diagnosis of a constellation of rare and debilitating genetic conditions. The new high-resolution technology will be 'step-change' in testing for telomere disorders. 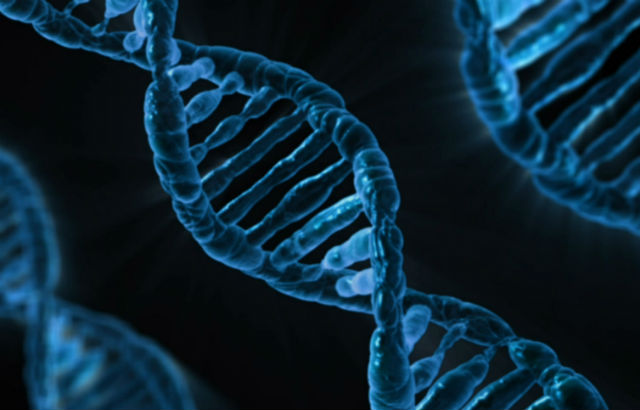 Telomeropathies are caused by premature shortening of the tips of chromosomes, the DNA molecules which contain our genetic information. They can result in a range of symptoms, including bone marrow failure, pulmonary fibrosis, cancer and liver disease in adults and children. There are currently about 1,000 people living with telomeropathies in the UK, many of which are undetected.

Now, researchers have developed a rapid laboratory test for diagnosing patients showing the many different types of symptoms that can arise from telomeropathies. The technique, called high-throughput single telomere length analysis (HT-STELA), is a DNA-based blood test that provides high-resolution information. The researchers say it can be applied to a broader range of samples than existing tests, including fresh or frozen blood samples as well as DNA.

The research was led by Professor Duncan Baird at Cardiff University and Professor Tom Vulliamy from the Blizard Institute at Queen Mary University of London and is published in the journal Human Genetics.

Professor Baird, from the School of Medicine’s Division of Cancer and Genetics, said: "If a patient presents with a severe symptom such as bone marrow failure we can now test, more accurately and rapidly than ever before, if this is the result of a telomeropathy, thereby speeding up the process of providing a diagnosis for these patients.

"We believe the speed and accuracy of this technology will provide a step-change in the clinical utility of telomere testing."

Professor Tom Vulliamy, from the Blizard Institute at Queen Mary, added: "This is an enormous step forward in being able to identify more adults and children with rare and debilitating genetic conditions who remain undetected and are currently living without a diagnosis.

"Many of these conditions are serious and life-threatening and so any tools that allow us to quickly identify those requiring clinical care are a huge help."

Telomeres are structures that protect the ends of chromosomes and they shorten with advancing age. When they become too short, cells are no longer able to divide, and scientists believe this may underlie the natural aging process in humans. In telomeropathies, they shorten too early because of defects in their maintenance caused by mutations in specific genes.

Dyskeratosis Congenita (DC) is a telomeropathy that affects many parts of the body, including abnormalities in the skin, fingernails and toenails and mouth, in both adults and children. To test the efficacy of the new tool, the researchers used it to compare telomere length in 171 healthy individuals with 172 patients who had diagnoses for DC and other related disorders. They found the group with these diagnoses, particularly the younger patients, displayed shorter telomere length.

HT-STELA also allowed the researchers to identify a smaller group of patients where telomeres, shorter than that expected by age, caused a five-fold greater risk of death.

"We believe this is the first time that the extent of telomere shortening has been shown to have such a significant impact on life expectancy," said Professor Baird.

The test is provided by the Cardiff University spin-out company TeloNostiX that has set up the technology in a clinical testing laboratory. The work was funded by the Medical Research Council, the Wales Cancer Research Centre, Cancer Research UK and the Welsh Clinical Academic Training (WCAT) programme.