BeatWoven (2017), a piece based on Beethoven’s ‘Ode to Joy’ made from woven silk and metallic yarn by Nadia-Anne Rickett. Her avant-garde textiles, which she calls BeatWoven®, use skilfully coded audio technology and traditional weaving techniques to translate musical beats and sounds into geometric patterns. In 2013 to 2015, Nadia-Anne was supported by Creativeworks London, a Knowledge Exchange Hub for the Creative Economy led by QMUL and funded by the AHRC, to collaborate with researchers at Queen Mary whose expertise in intellectual property and in music technology complemented her creative process. You can read about the project here. 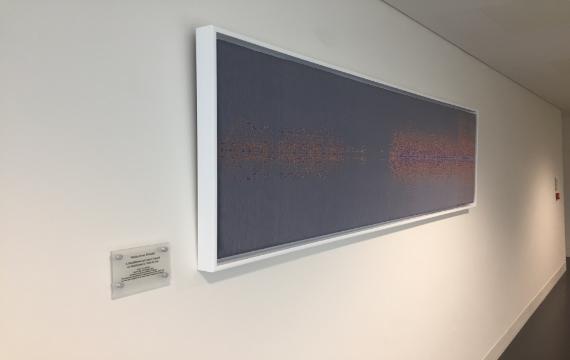