Rachel Oxley creates live and time-based artworks for a range of contexts including, theatre, installation and public space. The work is concerned with the dynamics, possibilities and limits of communication and often highlights the absurdities, connections and frustrations of everyday interactions. Experiments or interventions often focus on limiting factors, such as gesture, speech or movement to expose the complexities of kinesics and expression.

During her time at Queen Mary, Oxley was involved in an artist-led group project shown as a public performance at the university and pilot performance experiments developed from research conversations shown to the School of Electronic Engineering and Computer Science and the School of English and Drama. She also developed a performance piece for the annual Inside Out Festival, which showcases the contribution of nine London Universities to the capital's cultural life. 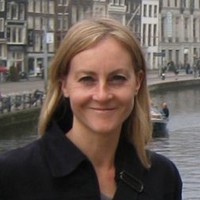