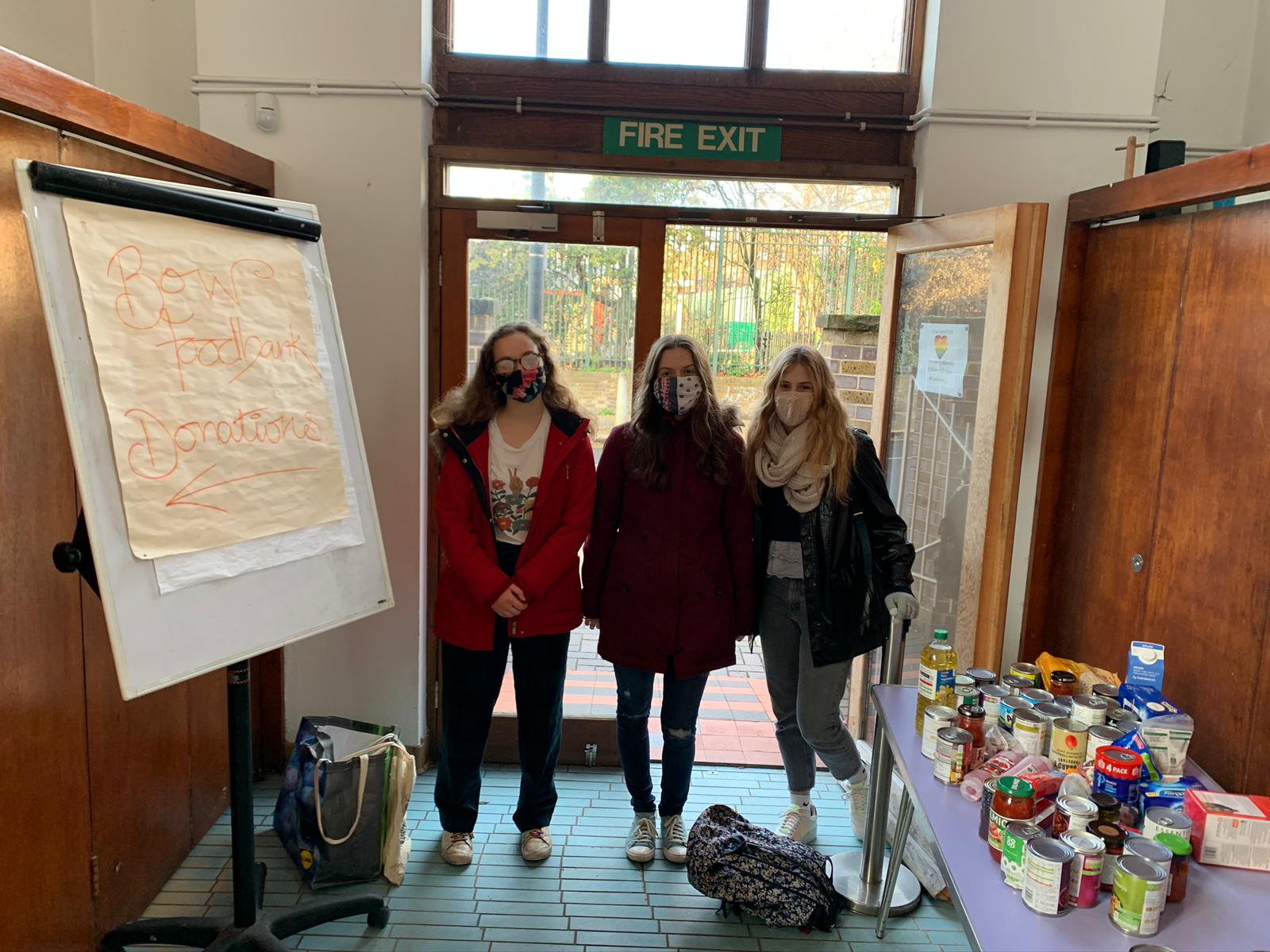 This holiday period, the Green Mary student sustainability group ran an appeal to support the work of Bow Foodbank. Calling on the wider student and staff community at Queen Mary to get involved by donating unwanted food, some spare change or their time to volunteer.

Sadly, the foodbank now sees 8x as many clients weekly as they did prior to Covid-19, many of whom have never used a foodbank before. Each week feeding over 2000 people, resulting in weekly costs of an estimated £16,000, which current funding levels will be unable to sustain into the New Year.

Through organising collection points on campus the students were able to collect over 100 items of food and toiletries and deliver these to the foodbank.

As well as this the students online fundraiser has so far received £205 of donations, reaching the original target of £200. The fundraiser is still open for donations which go directly to supporting the Foodbank's vitally important work.

Mary Cousins, a final year student involved in organising the appeal said, 'Bow Food Bank reported that the number of people requiring food aid every week has multiplied by eight since the pandemic began — a massive increase in demand, which the food bank is struggling to meet. Since Queen Mary is right in the middle of the Tower Hamlets community, I think it's really important that, if we can help, we should".

The students also sought to promote opportunities to volunteer with the Foodbank through the Students' Union which have seen an increase in sign-ups since the launch of the appeal.

If you have any questions about this campaign or would like to get involved with collecting food donations on campus or within your student/staff group please get in touch with Tom Stockton the Students' Union Sustainability Coordinator (t.stockton@qmul.ac.uk)