Queen Mary University of London President and Principal Colin Bailey has taken part in planting a Black Poplar – one of Britain’s rarest trees – on the University’s Mile End campus. 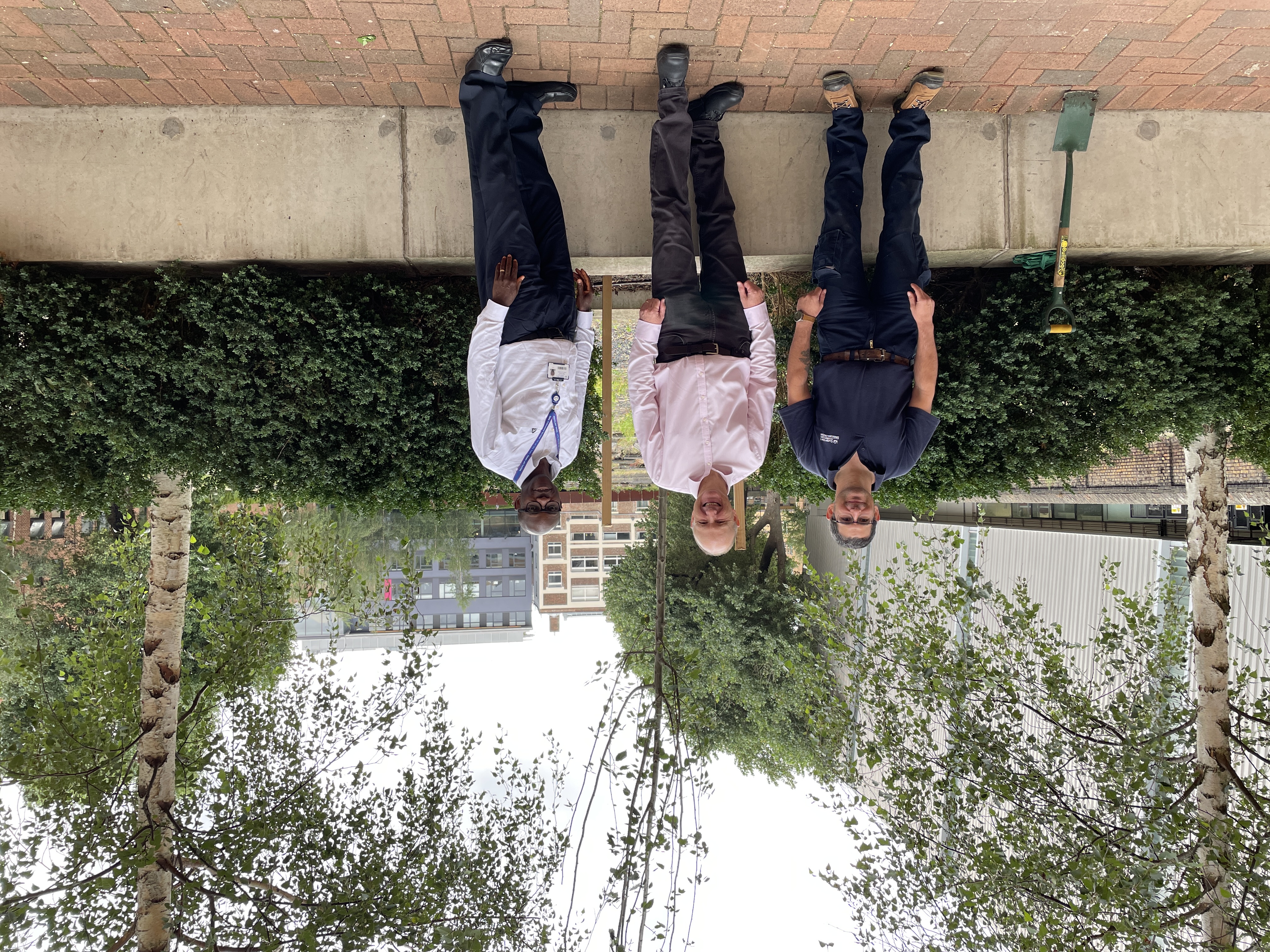 The trees no longer reproduce naturally in Britain, meaning planting them is the only method of conserving this rare, indigenous species. There are currently only a small number of mature Black Poplars across the Borough of Tower Hamlets, with eleven already planted on Queen Mary’s campuses, making their preservation especially important.

Planting the Black Poplars is a key component of protecting and enhancing Tower Hamlet’s biodiversity – with the borough’s Local Biodiversity Action Plan launched in 2019 to achieve this.

The tree was once commonplace in the country, but numbers have hugely declined to the point where few remain. While London figures are unknown, it is estimated that only around 7,000 wild black poplars now grow in the entirety of Britain and of these, only 600 are female trees. With so few left, natural pollination is unlikely, and the species could soon become extinct without a concerted effort to protect them.

Professor Colin Bailey, President and Principal, Queen Mary University of London, said: “I firmly believe we all have a responsibility to leave the planet in a better place than we found it. That’s partly why it’s so important to me that the local community is surrounded by such rich biodiversity both now and for generations to come.

“I am delighted that this historic and iconic tree will continue to enhance the natural beauty that we enjoy on our campuses, and I would like to thank everyone involved in making this happen.

“This is also one small part of our promise to prevent, halt, and reverse the degradation of ecosystems worldwide, through supporting the UN Decade on Ecosystem Restoration.”